Home / Casino / Why and how to buy the Macau panic The case for buying Macau on a coronavirus fear trade keeps getting stronger by the day. Here we’ll go through the reasons in detail. First, we’ll briefly recap the reasons mentioned last week, then add some new ones, and finally detail what I believe will prove a safe and effective trading strategy. Opportunities like this don’t come along often, and when they do, most people are too scared to take them. 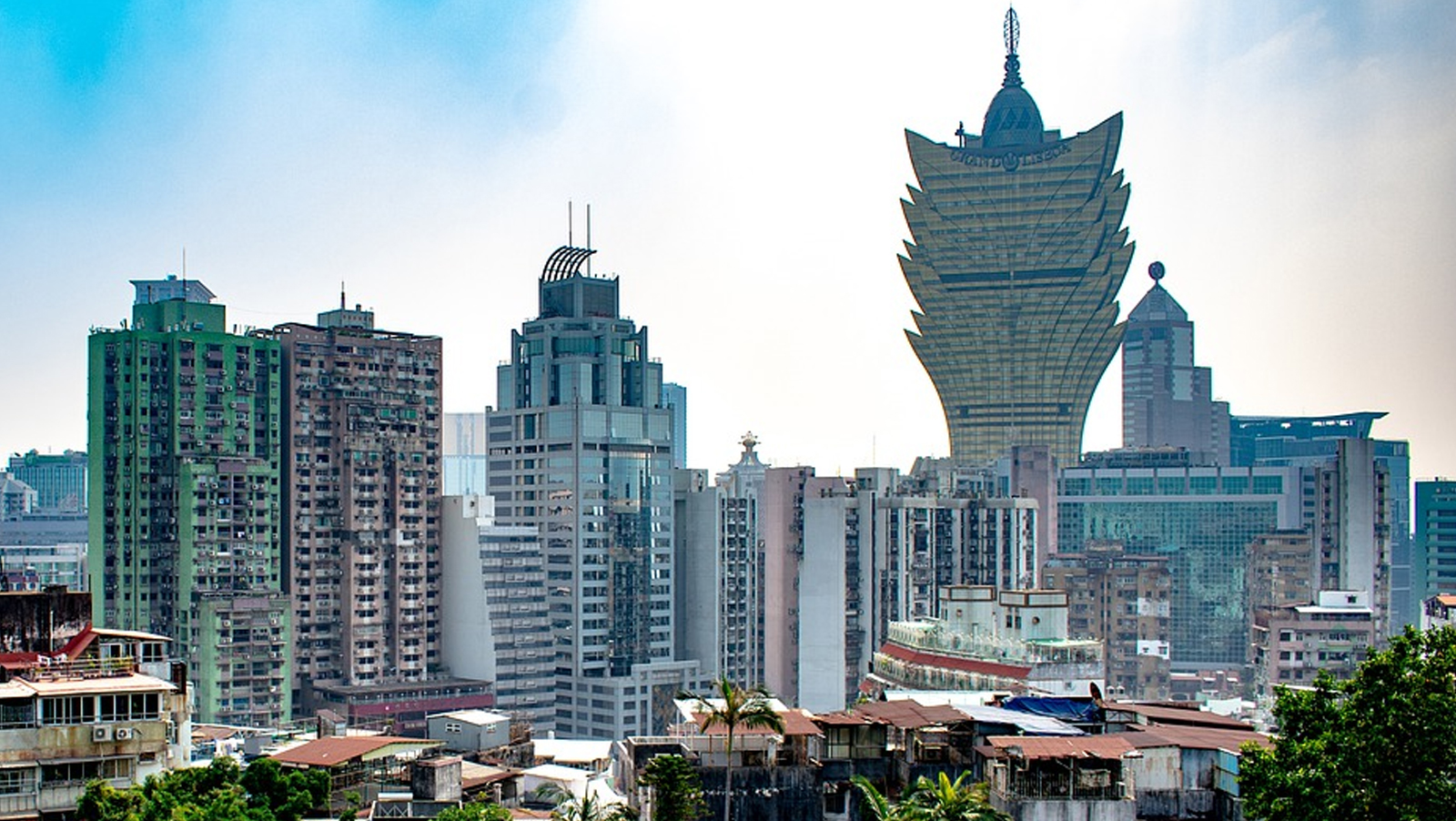 Before we begin though, let’s get the Bernie Sanders caveat from last week out of the way. The Iowa caucuses have just finished and the threat of a Bernie Sanders market plunge is pretty much off the table now. Leaving pure politics out of this, for markets at least, the results were even better than a Sanders loss. The entire Democratic party lost because there are no results, something or other crashed or whatever, and the whole thing looks like what normally happens with the election of a new US puppet government somewhere in the Middle East after the army just finished bombing it and clearing out the previous regime in its latest attempt to spread democracy and demonstrate US exceptionalism. At least this time Trump didn’t have to call in airstrikes on Iowa. There was no need, and thankfully nobody has been killed. Yet.

The Sanders campaign will blame a conspiracy to steal the election, nobody will care, and even if the sorry Iowans iron out the count at some point and Sanders technically wins, it won’t matter because everyone will too be busy laughing. As for New Hampshire on February 11, Bernie will probably win that one, but New Hampshire is weird so it doesn’t matter.

Anyway, a very quick recap on why not to freak out from last week: The fatality rate of the new coronavirus is already dropping, now at about 2% from 3%. It’ll keep dropping. The median age of those succumbing to the virus is 75 according to the China National Health Commission. Peak flu season is February, which ends in 3 weeks, and the faster this thing spreads, the faster it will burn out.

Here are some additional reasons why coronavirus panic is unfounded and the selloff will reverse.

The iron fist dragnet over Macau

China may have given up on a pure communist approach after the whole mass famine thing that killed about 45 million people 60 years ago, but the political culture is still markedly totalitarian. The means authorities will employ, and indeed already are employing, in order to nip this epidemic in the bud, will be extreme and brutal, at least by Western standards. Macau was featured on the CNN homepage yesterday, and what is being described there is exactly this.

The gambling Mecca is described as a ghost town with ambulances staffed by health workers covered in hazmat suits roaming the streets. The casinos are mostly empty, every visitor wearing a mask at all times except during mandatory thermal scans to make sure nobody who enters any casino has a fever. January tourism has plunged 87% year over year, hotels at 50% capacity. Macau police are going room to room like Gestapo, hunting down visitors from Hebei province where Wuhan is located and forcing them into a 2-week quarantine. If they refuse, they are being kicked out of Macau entirely. Macau hospitals now have special coronavirus wings cordoned off with special air filtration systems. There are widespread calls to completely shut down all casinos. At this point that may be the wisest choice if only for economic reasons because casino staff already vastly outnumbers the scattered diehards still gambling.

The harder the fall, the faster the recovery 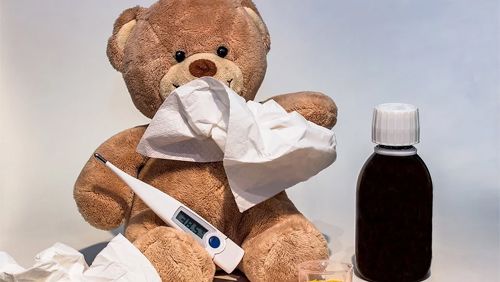 All these gloomy statistics will have a massive negative effect on upcoming earnings reports, lowering expectations dramatically, which is bullish. Remember also that all the economic damage here is voluntarily self-inflicted. The virus hasn’t actually destroyed anything. There is a negative feedback loop in play here. The tighter the economic restrictions imposed in order to get this thing under control, the worse the effects on the casinos will be, but at the same time, the faster the epidemic will be brought under control, and therefore the faster Macau will recover. Rather than strictly from a technical regression-to-the-mean chartist perspective, from a fundamental perspective as well, the harder the fall, the faster and harder the rebound.

Social media is blowing everything out of proportion

It can be argued that this outbreak is really the first social media epidemic scare. Social media lends itself to hysteria, hyperbole, lack of forethought, knee-jerk instinctive reactions, and outlets clamoring over one another trying to outdo competitors with how sensationalist they can make their headlines in order to capture the most clicks. Quick example: Last week’s article drew a comment calling me “totally wrong” (maybe I am, we’ll see) and referring me to the Twitter feed of one Dr. Eric Feigl-Ding, a Chinese epidemiologist enjoying a huge bump in his social media popularity of late.

The first pinned tweet I saw yesterday on his feed was how a series of his previous posts were deleted because they cited an alarming article about the virus that was not yet peer-reviewed. Today’s pinned tweet is of yet another retraction of yet another hasty statement made by a virologist who had earlier claimed that the virus can be transmitted before symptoms arise. Now it’s uncertain and she has apologized. Panic yields clicks yields more panic yields more clicks. Take the social media discount into consideration when reading scary posts.

TRANSMISSION UPDATE – experts are admitting they made a mistake that a woman transmitted the #coronavirus without symptoms. Turns out she indeed had symptoms. The virologist was apologetic. A lot of stressful pressure. We all makes mistakes. Let’s forgive. https://t.co/rAguPWHuqR

Again, I am still not a Macau bull fundamentally speaking, but there is a good trading opportunity here. Seasonal monetary growth typically peaks around May, and we can expect the same this year on steroids with the Federal Reserve on permanent repo-printing overdrive. China’s monetary policy typically follows the Fed, though amplified. The People’s Bank of China has already announced measures that will add $174B in extra liquidity to cushion the blow. This is all the more money that will be plowed back in whenever the panic is over.

I advise taking a 5% position in Macau through Wynn, Melco, Galaxy, or Las Vegas Sands, divided into two portions. 3% should be the core Macau position for the trade, to hold until mid-to-late May. 2% can be used for day trading over the next 2-3 weeks. Macau is likely to have volatile swings up and down with the headlines. Buy the dips and sell the rallies with that 2%.

Putting this together, the full trade would mean buy 5% in, say, Wynn. On a strong up day which we can define arbitrarily as 2% gains or more in the stock, sell 2%. You are left with 3% core to hold until mid-to-late May. On the next strong down day, buy back 2%, and you are back up to full 5% positions. Another strong up day 2% or more above your previous reentry, sell 2% again, and so on through February. Once volatility settles down and scary headlines subside, you’ll be left with a 3% position to ride until May. If you can’t manage the day trading, just take a 3% position and hold until May. That’s the safer way to do this anyway.

If I’m wrong and the Wuhan coronavirus sweeps the globe and totally chokes the global economy for months, well, then you’ll lose about 2.5% in a worst case scenario if Macau stocks are suddenly halved. The chances of that happening, in my opinion, are very remote.