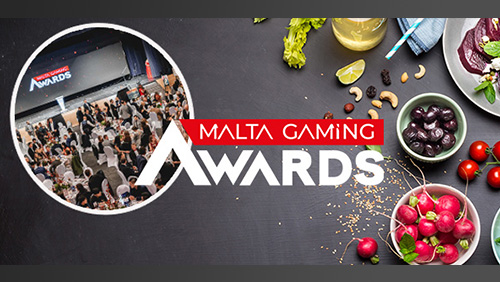 As a part of its commitment to protecting the environment, SiGMA Group has taken the laudable decision to go green and serve vegetarian cuisine at its annual swanky awards evening, the Malta Gaming Awards. The dinner will be held in Malta towards the end of November. It is a truth universally acknowledged that the single biggest thing you can do for the planet right now is to cut down on excessive consumption of meat and dairy. These are turbulent times for our climate, with extreme weather events being felt right across the planet.

While achieving long-term global sustainability is a complex undertaking, 97% of climate scientists have reached the same conclusion: the planet is warming primarily because of human activity and we’re producing more greenhouse gases than ever before. And the uncomfortable truth is that our eating habits have become a problem – animal products are amongst the worst contributors of greenhouse gas, with emissions the primary source of methane and nitrous oxide emissions.

There are also other consequences to animal-based diets, our meat habit is the leading cause of deforestation, which releases significant amounts of carbon when trees are burned, whilst also reducing the planet’s ability to absorb carbon emissions.

In embracing this meaningful challenge, the Malta Gaming Awards dinner hopes to help bridge the gap between awareness and action, by making it easier for individuals who are environmentally conscious and engaged to make better choices. Without compromising on style or flavour, the menu will be created by some of the top chefs in the business, bringing a novel twist to the innately held pleasure of good food.

SiGMA Group COO Jonathan Shaw said, “Nowadays more people are conscious and aware of the benefits of eating less meat. More than a diet it’s a lifestyle and there are a number of great vegetarian, plant-based or vegan dishes. At SiGMA we would like to create a themed awards dinner to celebrate this heightened awareness lifestyle, yet still treat our guests to a great dinner experience!”

It is small steps like this that help set the right tone. While the meat entrée won’t be served by default, guests still have the option to make a special request, and will be asked to submit their requirements a few days in advance of the event.

Other awards evenings are also offering vegan or vegetarian fare. The upcoming 92nd Academy Awards have planned a plant-based lunch for nominees, while the Golden Globes, the Screen Actors Guild Awards and the Critics Choice Awards all gave their events a sustainable theme this year.

The Malta Gaming Awards celebrates success stories across the industry, recognising the most inspiring and innovative achievements to have made their mark throughout the year. With twelve categories, each of which isolates a specific contribution to the iGaming industry, SiGMA’s Gaming Awards ceremony shines a spotlight on the winners and raises money for charitable institutions through a live auction.

About SiGMA Expo:
SiGMA is a global event, positioned at the cutting edge of the iGaming industry, which has evolved since 2014 into the definitive iGaming showcase, operating on both a European and world stage. In 2019, the iGaming summit SiGMA welcomed a record ­breaking 15,000 attendees from over 80 countries and over 400 sponsors and exhibitors, 200 industry­ leading speakers. The event facilitates growth within the iGaming sector, and has now become the largest expo for the industry in Europe. SiGMA Group’s inaugural Asian iGaming expo will be held in Manila, on the 8th & 9th of June 2020.