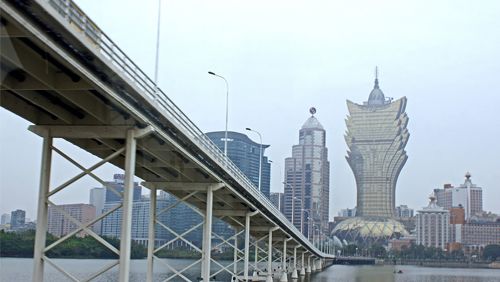 As was to be expected, the outbreak of the coronavirus in mainland China, which spilled over into other parts of the world, has cost Macau dearly during this week’s Chinese New Year (CNY) celebrations. Visitation as the festivities got underway dropped substantially and health concerns have forced the closure of several casinos in the city in an attempt to contain the virus from spreading further. So far, according to the latest available figures, seven people have been diagnosed with the potentially life-threatening virus in Macau, and more than 4,000 across the globe. Compared to last year, the number of tourists who took to the streets of Macau during the first three days of the CNY dropped 60.5%. Typically a heavy period of gambling activity in the city, the difference between 2019 and 2020 made Macau seem eerily like a ghost town. Quarantines and self-imposed travel bans accounted for part of the drop from January 24-26, but government-led travel restrictions have also contributed to the decline.

Last Thursday, the Macau government announced that it was going to cancel all public celebrations related to the CNY and suggested that private companies and entities call off any planned gatherings. City leaders expanded their attempts at quelling the spread of the virus this Sunday, adding that no one from the Hubei province, or anyone who had visited the province within the past two weeks, would be allowed entry into Macau. Exceptions are allowed if a visitor can provide a health certificate validating that he or she is not infected with the virus.

As a result of the seventh case of the coronavirus appearing in Macau, officials have taken more drastic measures. Movie theaters across the city have been closed, and at least one casino operator, Melco Resorts & Entertainment, has put a lockdown on all non-essential travel. Melco chairman and CEO Lawrence Ho said in a statement, “The health and safety of our guests and colleagues is always our top priority. Melco has stringent operational protocols in place to safeguard the well-being of all visitors to our properties and our colleagues. In the current difficult times, we will continue to collaborate closely with the Macau government and adapt rigorous preventive measures across the properties.”

The result of the drop in travel and the closures doesn’t bode well for Macau’s attempts at a resurgence over last year’s weak casino performance. According to analysts with the Sanford Bernstein brokerage, the “Wuhan coronavirus impact on Macau” is “worse than expected as visitation collapses. We see the situation progressing worse than originally expected. We now have data and anecdotal evidence and the Chinese New Year holiday period is shaking up to be the weakest Macau has seen in years.”

The good news is that there is still a chance that the second half of the year could rebound, as long as the virus is contained. Deutsche Bank Securities analysts believe that casino gross gaming revenue could rise in the last six months of 2020, explaining, “To the extent the spread of the coronavirus is contained, we believe the fundamental backdrop of flattish first-half 2020 market trends followed by a sustained second-half 2020 GGR inflection remains reasonable.”