The continuing spread of the Wuhan Coronavirus is starting to make an impact on the businesses of gambling operators. As several Macau based companies see a sudden drop in their share prices, the Philippines Amusement and Gaming Corporation has called for quarantines on Philippine Offshore Gaming Operator (POGO) employees.

With China increasingly restricting travel, including putting an end to tour groups set to go abroad, gambling resorts that would lose that business have seen a deep cut to their share prices. As the Associated Press has noted, Macau resort companies like Wynn Resorts saw an 8.1% drop in their share price, Las Vegas Sands dropped 6.7%, and MGM Resorts saw a 3.9% hit.

Despite China closing down travel, the virus has already spread, and fearful regulators are le 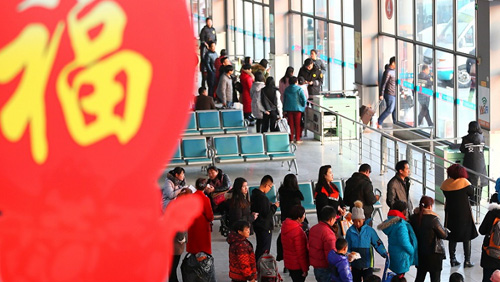 ft to make their own decisions. The Philippines, which has no confirmed cases but 24 monitored ones, has already taken the step of suspending arrival visas for Chinese nationals. That doesn’t do anything to stop those already holding visas though, or for those from other affect countries. For those cases, PAGCOR is taking the next step.

The regulator has told licensed operators that it must impose a 10 day quarantine on any employees arriving from a country that has had cases of the Wuhan flu. So for anyone working at a POGO who travels from the U.S., Canada, China, France, Japan, South Korea, Nepal, Thailand, Vietnam, Malaysia, Singapore, Australia, Sri Lanka, Cambodia or Germany, get ready to spend some time cooped up with your fellow travelers.

This will be a major inconvenience for many POGOs and their ex-pat employees. Assuming new hires obtain a visa before arriving in the country, it’s unclear if the service providers will be expected to designate a quarantine area, or if the employees will be expected to stay home. For those traveling on business or visiting home, it may be better to stay where you are than to return, although that won’t be good for business.

But it could be better than returning to the Philippines, where the infrastructure is poorly suited to combating a potential outbreak. While there are still no reported cases, the number of monitored cases have quickly climbed from one that was discounted to the current 24. With the first case, nothing could be confirmed until test results were sent to Australia for confirmation.

Local interviews are suggesting some good tips to stay healthy, but others are suggesting alternative prevention like staying hydrated, that are unlikely to help (or so my medical professional friend tells me). The only real prevention is to stay away from an infected person, and at least PAGCOR is trying to go that route.