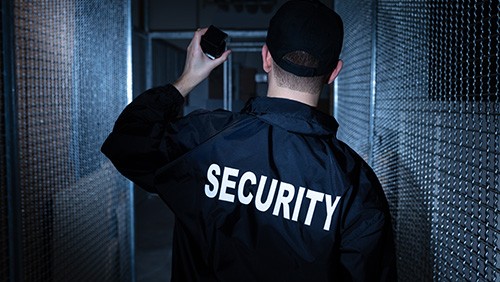 The Macau government is quietly asserting its influence in the security matters of casino concessionaires. Several local private security companies have anonymously told local media that they’ve been instructed to hire either local, or Chinese security guards, the Macau Business reports.

Several security firms have hired non-Chinese guards in the past, looking to Nepal, the Philippines and Pakistan for recruitment. But without any official decree, they’ve been told to cut it out. “We just got an informal notice from a client that the government asked them to hire more Chinese security for casinos. In fact, this has been done without any official notice from the government or from the Gaming Inspection and Co-ordination Bureau (DICJ),” one head of a security firm said.

This makes a lot of sense, from a certain perspective. While Macau saw over 39 million tourists enter the region in 2019, 92% of that came from Mainland China. Hiring Chinese staff, or local staff who know how to speak Mandarin, would better cater to that demographic.

But for the remainder, the anonymous source felt this was a bad fit. “Most Chinese or Macau residents don’t have a high standard of English and focus more in Cantonese and Mandarin,” they noted. “Nowadays, Macau is an international entertainment and gaming city. Tourists come from all around the world, they are not just limited to China.”

Reporting suggests that the decision could be seen as both practical and political in nature. Macau is quickly becoming a darling of China’s government, especially in comparison to the protesting Hong Kong. But the practicality of this policy doesn’t work for the security firms. Hiring laws already mandate that they seek local hires first; but qualified applicants often can get better paying roles. “it’s quite difficult to hire local people because many already work in casinos in higher-paying positions,” the source said.

There’s also the question of qualifications. While Nepalese and Filipino guards are likely to cost less, they also bring security and military experience that simply can’t be found locally.

When asked about this whisper policy, the Labour Affairs Bureau denied any such rule existed. “As long as the employer applies to DSAL and obtains employment permits for foreign employees in accordance with the relevant provisions of the Employment of Foreign Employees Act, employers can choose to come people from different regions or countries to become their employees,’ the department noted.

Whatever the official policy is, the next time you visit Macau, don’t expect the guard at the door to know much English. Odds are, they won’t.