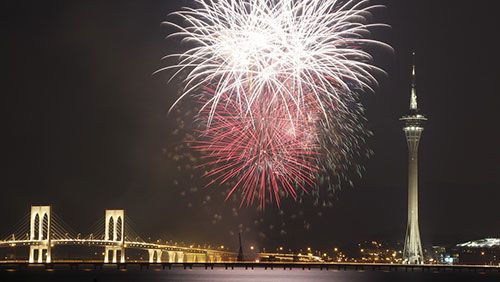 Macau had a market that was softer than expected in 2019. That has caused a certain amount of trepidation in what analysts expect to see out of gambling revenue this year.  A recent health scare hitting the Chinese mainland hasn’t helped matters any, but the general sentiment for the upcoming Chinese New Year (CNY) holiday at the end of this month remains high.  As 2020 gets underway, the local gaming industry is hoping the annual vacation period will give the city a much-needed boost to help stem the losses seen through all of last year.

Last week, authorities with the Macau International Airport (MIA) announced that it would see an additional 120 flights during the CNY celebrations.  They will mostly include major routes, including to and from cities such as Bangkok, Changzhou, Da Nang, Hangzhou, Kaohsiung, Nanjing and Taipei, as well as a few other, smaller locations.

The authorities estimate that air traffic is going to increase by 5.9% over last year’s CNY numbers, with 35,000 taking to the skies each day to and from Macau.  By the time the holiday is over, the airport will have handled a total of 4,834 flight movements, and the authorities added, “MIA attaches great importance to flight operations in the CNY period.  An airport operation meeting has been held to coordinate arrangements with airlines and airport entities, and to provide operational data in advance.”

There already seems to be considerable justification for the increase in flights.  GGRAsia took a survey of hotels in casinos in the Cotai region of Macau last week and found that reservations are already giving an optimistic forecast.  According to the media outlet, the majority of the luxury hotels in Cotai are already sold out.  14 of the 19 venues, including mostly five-star properties, are completely full for at least four days of the period, which will run January 24 through January 30.  The CNY officially starts on January 25.

The survey also found that most of the travel accommodations that are already booked fall either on the first days of the holiday period, or at the very end.  With availability now being severely limited, prices have increased, ranging anywhere from $180 to about $386.