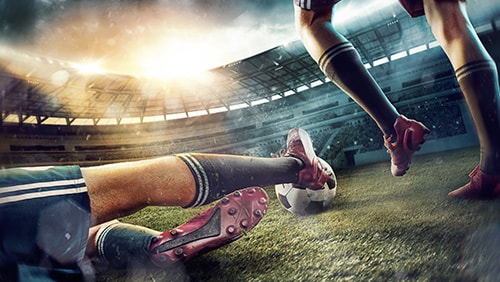 Manchester United and Manchester City face off at Old Trafford, while Leicester City welcome Aston Villa to the King Power Stadium as two derbies will decide the Carabao Cup Semi-Finals. Who’ll go into the second legs in three weeks’ time with a crucial advantage? We look at the reasons why there might be blue ribbons on the EFL Cup trophy at the end of February.

When Marcus Rashford and Anthony Martial both scored at The Etihad Stadium just a few weeks ago, not only did it derail Manchester City’s creaking title challenge, but it confirmed that The Red Devils had some life in them yet. Clearly, that life still burns in English football’s most successful domestic club, and while the EFL Cup may not be the title or the Champions League, a springboard of marked success this early in Solskjaer’s tenancy would put the Old Trafford club on the right course.

Success against Pep Guardiola’s Citizens will not be easy, of course, and first legs are often tense, tight affairs. That may not be the case on Tuesday evening at Old Trafford, purely for one of the two reasons these sides are so good to watch against each other. United play on the counter attack with devastating pace, drawing out their illustrious quarry before springing the trap and attacking at pace.

City, meanwhile, will be unable to resist playing possession football, playing into United’s hands but at the same time maintaining an enormous threat. It could be a case of first goal wins, but we’d be surprised if there are more than 2.5 goals in the game. Take City to win 2-0 or 2-1 purely as the away side have so much success in this fixture.

Leicester City have already enjoyed a fabulous season packed with attacking, effervescent football that has been a joy to watch for neutrals. Aston Villa, however, are not neutrals. The Midlands giants, who once won the European Cup when they defeated Bayern Munich 1–0 in Rotterdam in 1982, will be out to establish themselves as the dominant Midlands force in the next few years, and Leicester stand in their way.

With James Maddison, Jamie Vardy and Caglar Soyuncu all well rested after a weakened team progressed in the F.A. Cup game against Wigan at the weekend, The Foxes will start the game as deserved favourites. Aston Villa have two depletions to their number that are yet to be rectified by the newly-open transfer window, as Tom Heaton and Wesley suffered unfortunate, season-ending injuries just last week.

That said, Jack Grealish is likely to want to capture the imagination of headline writers everywhere with another swashbuckling performance, and Aston Villa will be dangerous. Both teams should score, but we like Leicester to nick a late winner, possibly through Jamie Vardy, to take a crucial lead across the Midlands in three weeks time.

Here are the current odds for winning the EFL Cup outright, which as you can see is a ‘City or the field’ market at present.