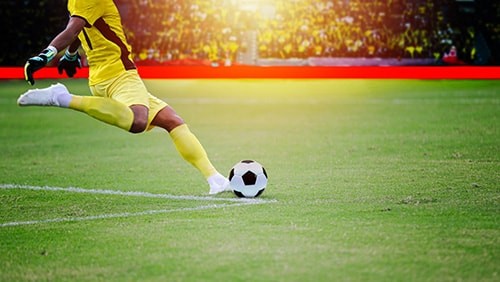 A weekend of thrills, 1-0’s and goalkeeper spills saw the Premier League leaders progress, while other top flight teams were eliminated. There was no place in the 4th Round for Aston Villa, Everton, Brighton & Hove Albion or Crystal Palace, all beaten across the first two days of action.

Other teams made it through with flying colours. Fulham, Sheffield Wednesday and Derby were all Championship teams who bridged the gap to take out Premier League opposition. AFC Fylde were only beaten 2-1 by the Premier League’s Sheffield United at Bramall Lane.

Elsewhere two minnows made it to a replay before a young Merseyside team won the derby in style.

League One’s Rochdale made it into the hat after they grabbed a late draw against Newcastle at Spotland. A goal down to Miguel Almiron’s latest strike for the Toon Army in the 17th minute, Rochdale rallied and threw on 40-year-old substitute Aaron Wilbraham.

It came late, but in the 79th minute, Wilbraham span onto a neat from 17-year-old attacker Luke Matheson and slammed home to spark wild celebrations in the North West. Rochdale may have to do it the hard way, now needing to travel to St. James Park to beat Newcastle on their own ground, but after their late show, anything is possible.

A compelling draw took place at Vicarage Road as The Hornets’ nest had a sting in its tail. Watford, the Premier League side, surged into a 3-0 lead through Tom Dele-Bashiru, Nathaniel Chalobah and Roberto Pereyra, with the half-time break seeing a 3-0 lead looking impossible to return from.

Tranmere Rovers showed that not only Liverpool are capable of the kind of Merseyside comeback upon which legends are based as they came back from the dead. Connor Jennings headed the away side back into contention, before just a few minutes later, Manny Mothe netted to give Tranmere the opportunity to push for a late equalizer.

When Corey Blackett-Taylor was fouled in the box by Watford’s Mason Barrett, Paul Mullin slotted home from the spot to give Rovers a famous draw and force a replay back at Prenton Park. On the evidence of the original game, it should be unmissable stuff.

The Reds produced a thrilling win when they won through in an entertaining derby game at Anfield. Curtis Jones’ winner was the kind of strike that will inspire a nation of schoolchildren in tomorrow’s lunchtime playground. Taking the ball at the far left corner of the penalty area, Jones cut in a curled in a stunning strike that nestled in the top corner, glancing in off the crossbar as it did so, the only part of the goal England goalkeeper Jordan Pickford couldn’t reach.

With that goal, Jones settled the tie, and saw Jurgen Klopp’s seemingly unbeatable side march on in yet another competition, also prolonging Everton’s woeful record at Anfield, where they have been winless since the last Millennium.

While Carlo Ancelotti’s side were wasteful in the first half, Liverpool held firm and earned their late chance to win it. When Jones bent that superb shot into the top corner to see the world-famous Kop erupt, it was the stuff of schoolboy dreams, some of them in the side alongside the 18-year-old. Truly, Klopp has helped Liverpool continue to live their dream.

Which Premier League team provides the most goals per game?
Paul Seaton
9 hours Ago

Which Premier League manager is favourite to be sacked next?
Paul Seaton
18 January 2021
.