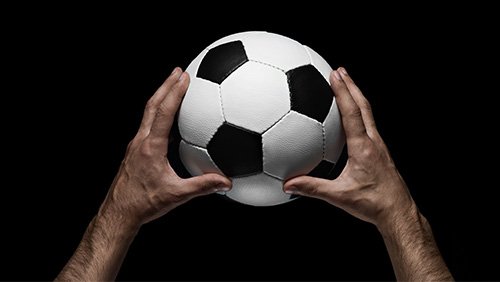 The 4th Round of the English Football League Cup, otherwise known as the EFL Cup, takes place this midweek, and there are some tasty fixtures. Who will be tricked and who can serve up a treat? We take a look at the form and pick the bloodsuckers from the bait.

A fascinating clash tonight sees one of two out-of-form minnows guaranteed to make the quarter-finals, but enough of Everton and Watford scrapping it out at Goodison Park in the Tom Cleverly derby, it’s going to be some clash at the amusingly-named People’s Pension Stadium.

Crawley won the corresponding League Two fixture 2-1 just 17 days before this tie, and came from behind to do so, with a late winner from Mason Bloomfield.

Colchester also have a track record of snatching victory from the jaws of defeat, however, winning from a losing position as recently as Saturday afternoon in an impressive 3-1 win against Newport County.

Whoever goes in front, back the opposition, but above all, enjoy. This should be a classic cup tie full of intrigue, unlike Manchester City vs. Southampton at The Etihad, which has the feel of a first-year senior school team taking on the teachers and getting a sound lesson in the process. Incidentally, Southampton only get a few days rest before heading back to The Etihad again in Premier League action this weekend.

Banish the archive of Andrei Arshavin from your mind. Forgo the mistful memories of titanic tussles over titles. Don’t even think about Michael Thomas, because nothing is up for grabs now. With your expectations now suitably lowered, you can settle in and enjoy what should be a terrific game.

If you want a true barometer for excitement, instead focus on names such as Jérémie Aliadière, Julio Baptista and a young Alex Song scoring his debut Arsenal goal. Yes, it may be a game between two highly changed teams, but it could still be a classic. Let’s travel back in time to January 2006 to watch that unforgettable nine-goal thriller.

With Arsenal perhaps in greater need of victory and the Merseyside faithful happy to see Liverpool focus on their best chance of winning the title in 30 years, there may well be plenty of goals in this one.

It’s quite possible that another great game will take place at Stamford Bridge, where in-form Chelsea host a Manchester United side who over the years have – rather oddly – enjoyed an equally good record in West London as Chelsea have at Old Trafford. That said, the most memorable clash in the League Cup is still this nine-goal scorcher from 2012.

With Anthony Martial only just back from injury, it seems unlikely that Ole Gunnar Solskjær will risk the Frenchman’s fitness by exhausting him on the King’s Road. That means more youngsters to be blooded, including Mason Greenwood.

While the Red Devils will likely bring in new talent for some much-needed game-time, Chelsea’s crop of youngsters are already up to Premier League speed, having spent time on loan last year that has given them a consistency United’s fledglings simply don’t have yet. They’ll also be keen to lay the ghost of their 4-0 defeat on the opening day of the season. Back the home side, but be prepared for surprises along the way.