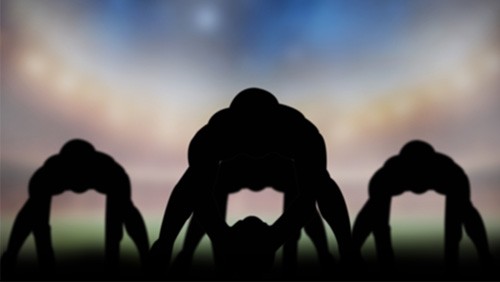 Nebraska may not yet have joined the almost two dozen states in the U.S. to offer legal sports gambling, but this doesn’t mean that its residents don’t understand the rules of the game. Two Cornhuskers recently teamed up to participate in the annual Westgate SuperContest, hosted by Westgate Superbook in Las Vegas, and showed off their talents in superior fashion. By the time the contest was over, they had converted $3,000 into $1.47 million.

According to a report by the Omaha World-Herald, Eric Jensen and Matt Kucera decided to join forces to participate in the football handicapping contest at Westgate and a couple of very precise bets helped them maneuver their way to the top of the charts, as well as the top prize. With an evenly split investment of $1,500, the pair most likely never expected to take down a contest that saw a record 3,328 entries and which always attracts professional sports gamblers.

However, that’s exactly what happened. The duo formed a team called It Ain’t Breezy, and chose five NFL games every week of the season to bet on against the spread (ATS). Every Friday, they would sit down and work out their next moves and ultimately wound up with a winning record of 58-25-2 ATS. In the most recent NFL action, New Orleans Saints and quarterback Drew Brees would help the pair secure their destiny, with the Saints beating the 13-point spread when they took out the Carolina Panthers 42-10. Jensen stated about that game, “We felt really good about the Saints. That game is what clinched it.”

Jensen and Kucera aren’t novices when it comes to sports wagers, even though they don’t participate in the activity full time. They were both athletes throughout school and are part of a fantasy football league in Nebraska. They had teamed up for the 2018 Westgate SuperContest and came in at just above .500 when the final tallies were presented.

Their latest achievement, which represents an accuracy rate of just under 70%, came as the two were successful in their choices each week, except for Week 1. That was the only losing week for them, and from there, it was all uphill. By Week 15, already looking at a top-ten spot, they found themselves in good standing to take down the contest and were able to secure their fate by going nine-of-ten in the last two weeks. By the end of Week 17, they were one-and-a-half game leaders and looking at a massive payday that saw $1,500 become $735,000 in only a matter of a few short months.