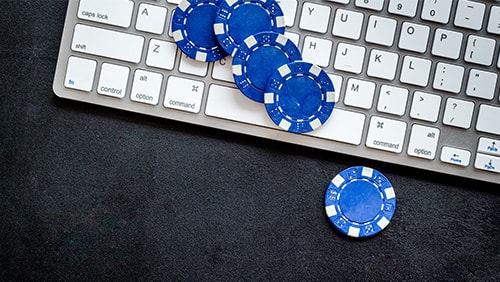 It’s been quite the year of poker stories, and our faithful readers very much seemed to enjoy our poker content. Exclusive interviews ranked very highly in the stories our readers flocked to most, maybe edged out slightly by content about perhaps the most interesting man in the poker world today, Kid Poker.

Negreanu dominated many of our headlines this year, but none were bigger than this one. After 12 years of marriage, Kid Poker was finally leaving PokerStars. Neither side has apparently suffered much from the split, as Negreanu has continued to be one of the best and most vocal players alive .

This story didn’t end there though, as Negreanu had a bit of a snafu selling shares of his WSOP action. After a glitch in the server, Negreanu had to pay back many of his backers, but the good guy did so quickly, keeping everyone happy.

WSOP POY gets nothing but honor

As the World Series of Poker was raging on, and Daniel Negreanu was doing quite well, we might add, we all got a reminder of what was at stake for the Player of the Year award: nothing at all.

Our Lee Davy analyzed the injustice of having no reward for the most consistent player of the year, and took a look at many players’ thoughts on the matter. His conclusion was its about time the biggest poker series in the world actually provide some real recognition for its best player, and not just hand waive it away.

Rob Yong shares his thoughts on all things online poker

In an exclusive interview, our Lee Davy sat down with Rob Yong, partner with partypoker. The man who holds the operation together had a lot to say, and didn’t hold back.

In the 31+ minute interview, Yong shares his thoughts on the competition, as represented by PokerStars and 888, partypoker’s plans for the future, partypoker’s push into streaming, and how he was helping build the platform back into a leader after it had fallen so low.

Negreanu on poker and introspection

Lee Davy also managed to grab Kid Poker before one of his greatest poker years, and before he left PokerStars to boot. In the 24+ minute interview, the two talk about PokerStars latest tournament offerings, but quite a bit about Daniel Negreanu’s personal life.

What did they touch on? Finding peace in solitude, how he chooses his friends, his wishes for his upcoming wedding, and the worst year of his life. It’s a great interview, and well worth a listen.

This two part story first looks at a settlement between Caesars Entertainment and Joe Stiers. Stiers had been kicked out of the World Series of Poker mid-tournament when Caesars discovered he was playing. He had previously been banned from all of their casinos for card counting in a black jack game. We don’t know what the settlement entailed.

The second part of this story was a small bit of news on Faded Spade becoming the cards of choice for Solve for Why.