Two news stories with a foundation in Las Vegas as a poker player banned from the 2017 World Series of Poker settles with Caesars Entertainment in court, and Faded Spade extends their partnership with Solve For Why.

Two stories with a Las Vegas link, beginning with a scoop from Brian Pempus over at USBets. 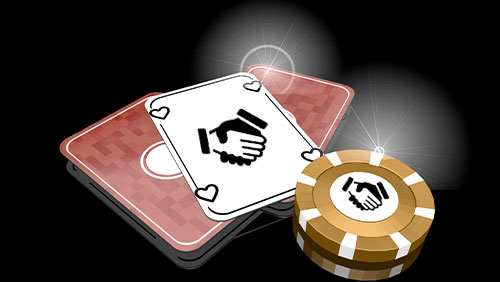 Joe Stiers, a poker player in his mid-30s from Maryland, has settled with Caesars Entertainment in connection with his ban from the 2017 World Series of Poker (WSOP) Main Event.

According to Pempus, Stiers was in a decent spot during Day 3 of the WSOP Main Event, when tournament officials removed him from the competition and kicked him off the property.

The move happened after WSOP officials learned that Caesars had banned Stiers from their properties nationwide after allegedly catching him card counting while playing blackjack at the Horseshoe Casino Baltimore in 2015.

Despite being banned, Stiers, played in the 2016 WSOP Main Event under the pseudonym Joseph Conorstiers (a combination of his middle and last name), finishing in 640th place.

The following year, his luck ran out.

Stiers filed a lawsuit in Nevada on June 8, 2018, and represented himself. Talking to USBets on the settlement, Stiers said that he couldn’t share the details due to a confidentiality agreement, but would have taken them all the way had he not been in his final year of law school.

Stiers alleged that Caesars had committed a breach of contract, false and misleading advertising and unjust enrichment. As compensation, Stiers wanted his $10,000 buy-in returned, and the equity he claimed he had in the tournament at the time, which he believed was $150,000.

Despite the settlement, Stiers’ ban remains in effect.

Faded Spade Extend Partnership With Solve For Why

The playing card company Faded Spade continues their voyage around the poker world this time hitching a ride on the good ship Solve for Why Academy and Admiral Matt Berkey is delighted they are on board.

If you want to attend the MTT Academy and learn how to navigate the choppy waters of the early, mid and end game of poker tournaments, then follow this link to sign up.

Faded Spade is fast becoming the card deck of choice around the world with deals sewn up with the World Poker Tour (WPT), Run It Up (RIU), and more recently the Rivers Casino & Resort in Schenectady.

On the deck’s quality, Berkey said, “Faded Spade cards are without a doubt the poker playing cards of our generation. When I see Faded Spade cards in play at a poker room, it shows me that they care about the player experience.”

Maybe Berkey can use the money made through the deal to purchase his domain name?