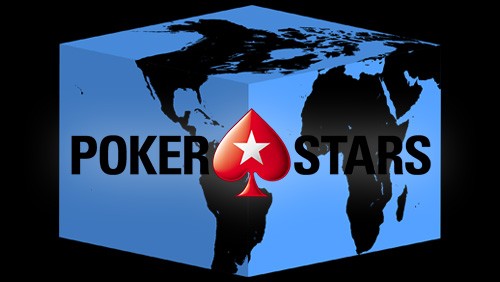 Every poker tour is going to be looking at 2020 as a pivotal year in their growth, especially with tentative returns to the online arena expected for other American states. PokerStars have centered their live offerings in the next 12 months around three key events, but have they gone too light with their first announcement? We take a look.

Going up against PokerStars used to be something other poker brands did with trepidation. During the long, successful summer of the European Poker Tour when the EPT ruled the poker world, both partypoker and 888poker were fighting for scraps.

While PokerStars have undoubtedly captured the poker-playing public’s imagination with their PSPC Platinum Passes, inviting many players of different levels into a $25,000-entry tournament, there have been other missteps and 2020 isn’t free of them in our opinion.

The EPT is back… there are just nowhere near as many stops as there used to be. In fact, at the time of going to press, one of the world’s biggest poker tours in name at least, is only confirmed to be heading to Sochi between the 20th-29th March, Monte Carlo between the 23rd April-2nd May and in Barcelona between 12th-30th August where the PSPC will take place too.

This year’s EPT Prague is still going on, yet there’s no confirmation the EPT will be returning there in 2020 as yet. Such a staple event, along with the Atlantis-based PokerStars Caribbean Adventure, would be a big miss from the poker map, but as has been proved in recent months, there are other poker brands willing to cast their net to far-flung corners of the world in pursuit of the title of live poker tour of the year.

With PokerStars announcing 21 live events that are due to take place in 2020, much of their focus is around the PSPC. It could be argued that in the 888poker Live Tour and WSOP and the partypoker MILLIONS tours, PokerStars are now the third-biggest poker brand in terms of live events.

What does this say about PokerStars and their ambition to remain the world’s biggest poker site, as they have so often been able to boast?

PokerStars’ video appeal for players to join them on their tour in 2020 reaches out to the aspirational player, or in other words, the recreational player. But does it commit to the grinders out there who are holding the industry interest together during lean periods. Take a look and see for yourself:

Whether PokerStars remain the biggest poker brand online is hardly in question. Even if partypoker continue to make ground as they have, they have a very long way to go to even threaten the Red Star’s digital appeal.

The Sunday Million is still the biggest consistent tournament everyone thinks of when it comes to online events, along with the SCOOP and WCOOP festivals. One or two $20 million guaranteed MILLIONS online events can’t change that overnight, as spectacular as they have been.

The WSOP’s introduction of online bracelet events has been a huge success and drawn yet more attention to the biggest and best poker festival in the world. The partypoker MILLIONS live tour has given out more money than any other series in 2019 and will be a huge player in 2020 as it likely returns to the Baha Mar Resort and includes huge stops in Nottingham and Rozvadov, the two biggest cardrooms in Europe. It will also visit the Playground Poker Club in Montreal, another vastly popular stop with players.

There was a time when PokerStars announcing their next year schedule would strike fear into the hearts of their opponents, much as a Manchester United line-up would terrify the opposition before they even lined up.

That is not the case anymore, and ‘Stars loss of several high-profile Team Pro players, not least Daniel Negreanu, coupled with partypoker’s acquisition of names such as Bertrand ‘ElKy’ Grospellier, has levelled the playing ground more than a little in terms of live tour appeal.

If partypoker go after 2020 in a big way, then PokerStars can really worry about their live poker offering, that is unless it no longer matters as much to the business owners in the way it used to. The latest schedule for ‘Red Star’ events in the next 12 months would suggest there is an opening for some ambition from PokerStars’ competitors.