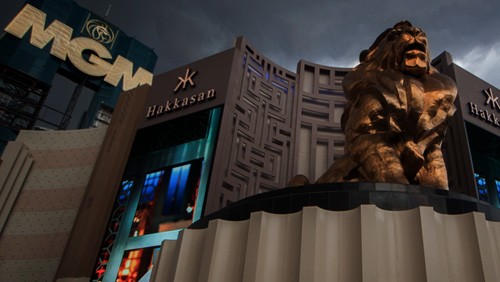 Pansy Ho Chiu King, the chief executive director and co-chair for MGM China, is either hungry for a massive shopping spree or simply doesn’t want to hold a large investment in the company anymore. Only a couple of weeks ago, it was reported that the long-time casino executive sold $140.2 million worth of shares she had in MGM China’s parent company, MGM Resorts International, reducing her stake from 3.13% to 2.26%. She has now unloaded another huge chunk, taking her holdings down by another 50%.

The last sale took place from November 11 through November 15 and it didn’t take long for Ho to reduce her stake even further. Filings with the Hong Kong Stock Exchange reveal that, from November 26 to December 12, she signed over 2.45 million shares she still owned, which would have been worth somewhere around $78.9 million. If she’s planning on going on a holiday shopping spree, it’s going to be one hell of a good time.

Curiously, the selling of the stock seems to contradict comments Ho has made publicly. Last month, she acknowledged that she was getting rid of some of her holdings in MGM Resorts, but asserted that it was to just rebalance her investment portfolio. She said at the time, “It is only just a restructuring of my own financial portfolio. But this is only representing a very small proportion of the holdings that I have [in the company]. I will continue to hold on to the remaining [portion].”

The timing of the transactions has served the executive well. MGM Resorts has seen its stock increase 11.32% since the fourth quarter got underway, and almost 6% since the beginning of December. She probably should have held out a little longer, though, since the stock price is at a new 2019 high of $33.08. When she made her most recent offering, the price was between $31.95 on November 26 and $32.54 on December 12. Still, I doubt very much she’s losing sleep over the fourth-quarter gains.

As far as investors go, Ho is still the individual with the largest amount of holdings. 1.78% of the company amounts to 9.1 million shares, which is the most any single person controls. The only entities to beat her out are hedge and mutual funds.

With the latest sell-off, Ho now has a net worth of around $4.5 billion, and it isn’t clear if she plans on any further reductions in her MGM Resorts holdings.