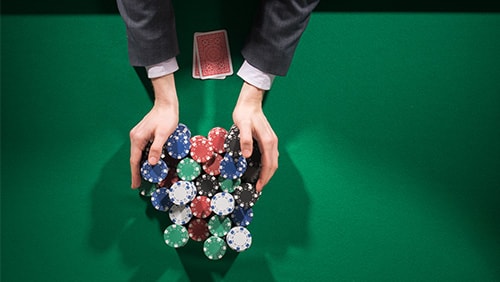 It’s the news everyone has been waiting for since Robert Campbell was announced as the WSOP Player of the Year (eventually) following the World Series of Poker Europe festival. The World Series of Poker has announced their schedule for 2020, the preliminary headlines for the flagship poker festival of the year, and those all-important bookend dates.

The world’s favourite poker summer break will begin on Tuesday, May 26th and will conclude on Wednesday July 15th. With no November Nine anymore, that may seem like a brief period, but in reality it is eight weeks and a day of ferocious poker competition, which will, we’re sure conclude in Rozvadov after the WSOPE rounds out the POY chase.

The Main Event won’t be taking place until July of course, but overall, the events last 51 days, that’s one day for every year the WSOP has been running, with this year’s showpiece dubbed ‘The Golden Anniversary’ WSOP. Since the World Series didn’t gift the winner of last year’s event with their weight in gold, maybe it’ll happen in 2020 instead.

After much discussion during the 2019 World Series that the 2019 WSOP might be the last to take place at the Rio All-Suite Hotel & Casino in Las Vegas, that was proved to be a false theory, with the Rio retaining the rights to host the WSOP in 2020 and most likely 2021 too. Whether last week’s sale of the venue to Dreamscape changes anything for the venue in the future is undecided as yet, but the next WSOP in Las Vegas will include plenty of old favourites.

Last year, $293 million was handed out in prize money, with a gargantuan poker population of over 187,000 players walking through the famous doors and taking their seat.

This year’s WSOP Main Event will kick off on July 1st, with the first of three opening Day 1 flights taking place of the first three days of the month. Day 2a will take place on Independence Day, with Day 2b on the following day. The all-important ESPN and ESPN2 televised days where the final table will whittle down to a winner will take place between July 12th and 14th.

With three events confirmed, the last one on the list is the Seniors Event, which starts on June 18th to the 21st. We would expect events such as the Ladies Event, Millionaire Maker and Heads-up Championship as well as the $50,000-entry Poker Players Championship to be confirmed in due course, with the World Series of Poker confirming the full schedule early in 2020.