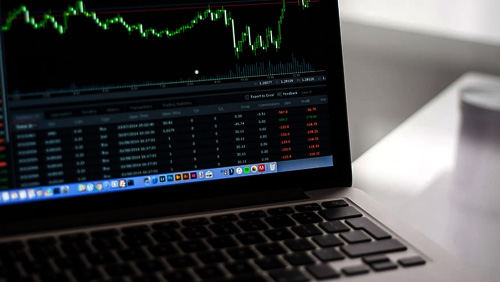 The revolving door at the top of Donaco International’s hierarchy might soon come to a stop. After a number of departures, including board members and the casino operator’s CEO, the restructuring may almost be complete. This is good news for the company, which, with the fulfillment of Australian Securities Exchange (ASX) rules, can now once again be traded on the exchange.

Donaco was forced to halt its activity on the ASX recently after several board members exited the company, including its chairman. According to exchange regulations, a company can only be active on the ASX if it has at least two spots on its board occupied by Australians. With the appointment of Mel Ashton and Simon Vertullo, announced by Donaco through an ASX filing yesterday, it fulfills that requirement and trading has now resumed.

Both individuals are going to serve as “independent and resident non-executive directors,” with Ashton serving as chairman of the board. According to the filing, he comes with a lot of experience in the industry and is also one of the founders of PPB Advisory, a company that specializes in corporate restructuring that was previously a standalone entity, but is now part of the PricewaterhouseCoopers (PwC) family. He is also a non-executive director of Aurora Labs Limited and a member of the Fremantle Football Club Board.

Ashton is quoted in the ASX filing, stating, “The Board of Donaco is focused on supporting the management team, transitioning to a new chief executive over the coming six months and on resolving distractions that have hampered the Company’s performance in recent times. With strong turnaround credentials on the newly constituted Board, the directors are aligned in our focus on stabilising the Company and delivering for shareholders. My fellow directors and I will also look for opportunities to strengthen the Board further with additional industry expertise.”

Vertullo comes to the company as an “experienced chartered accountant” who has a strong background in financial and transactional operations. He has worked for companies across the globe, notably leading the restructuring practices of KPMG and KordaMentha.

While there is no specific data provided by Donaco, it’s possible that the shakeup at the company may continue. Both of these incoming board members are emphasized in the ASX filing as having experience in restructuring, which raises questions about what might be coming for the company in 2020.