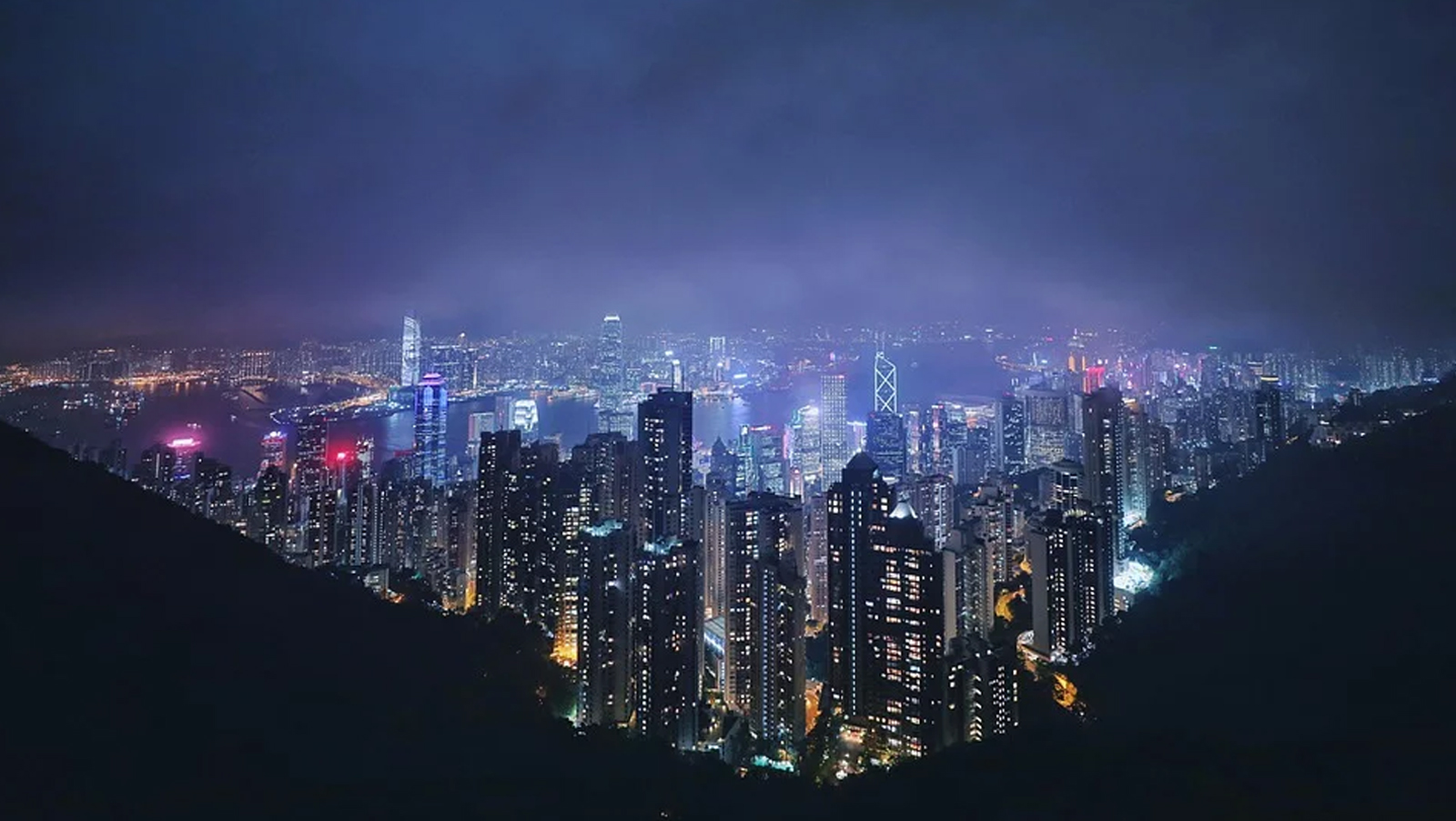 Impeachment in the West, elections and protests in Europe, attempts at revolution in the East. The world looks like a giant chaotic playground run by 12 year olds with raging hormones and the peons underneath are starting to lose patience with their respective clique leaders. This makes the leaders more uneasy and hostile against one another. They think if they attack the other leaders, the subjects will divert their attentions to the boxing match and stop complaining so much. At least now, with everyone armed to the teeth with weapons that could easily destroy the planet and most people thankfully not starving, the fights are more subdued and controlled. But they’re still getting worse.

Over the past 2 weeks, tensions have escalated significantly between the United States and China, culminating so far in Beijing making its first moves against American business leaders. So far it’s just the brush of a few fingers. Incidentally, “9 fingers good, 1 finger bad,” was one of Chairman Mao’s favorite sayings. So let’s talk about Chinese fingers.

Finger 1: On Sunday, the both the chairman and president of the American Chamber of Commerce were denied entry to Macau. In a move that shows the true weirdness (at least to Western eyes) of Chinese thinking, they were forced to sign statements saying they voluntarily agreed not to pursue entry into Macau. Not sure what that’s going to accomplish. So far this is nothing. If and when it gets to the point of arrests of top executives of American casinos in Macau, we will have much bigger problems.

Finger 2: On Monday, China banned all government departments from using U.S.-made tech. I’m surprised this wasn’t done much earlier when the Trump Administration started harassing Huawei. Government timelines aren’t the most reliable things in the world, but for what it’s worth, the transition off of U.S. technology should be complete by 2022. Still, so far, not a big deal. Just wait until the ban extends to the private sector.

Finger 3: Remember that Chinese social credit system thing right out of 1984? Well, it’s not just being used simply to ban Jin Do from the public transport system for jaywalking anymore. It’s being used against corporations now. Sure, some of the moves made against corporates operating in China will be good and just, but Wynn, Las Vegas Sands, and MGM executives operating in Macau are going to have to be very careful about what they say or tweet about anything. Not that they didn’t have to before, but now it looks like Beijing could be in the mood to take some swings. Remember NBA commissioner Adam Silver and that Hong Kong tweet? Imagine some low-level executive at Wynn or wherever drinking a bit too much and tweeting something about the UighUrs or the Falun Gong. Lose 20 points in social credit, no casino advertising for 6 months and we’re barring your entry into Macau for life. Stock collapses.

That’s about it for the finger fighting, but there are other factors at play here. Price inflation in China is moving up fast, now at 4.5% for the first time since January 2012. Blame African swine fever and a 110% increase in pork prices in a year, but despite the plague abating, it’s going to take years for supply to be replenished. Meanwhile, the Macau mass market will probably get dented as consumers spend more on essentials and less on entertainment. It’s not like anyone is getting raises because pork is more expensive. As for the VIPs, Bloomberg is out with a piece on their dwindling numbers, which this time doesn’t appear to be caused by policymakers in Beijing. 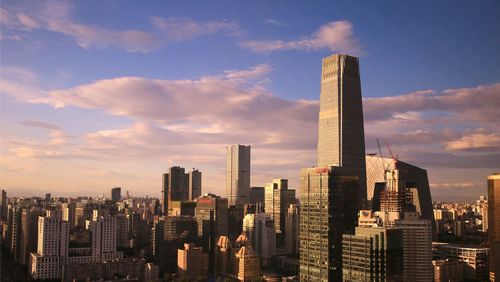 Then there’s the Hong Kong economy, which is probably being deliberately choked off by U.S. pressure tactics. We only see the daily trade war headlines and tweets out of the White House, but behind the curtain this whole Hong Kong Human Rights and Democracy Act is likely just another tool to exact Chinese trade concessions under the guise of defending human rights. Meanwhile, Hong Kong is already in a deep inflationary recession, GDP contracting by 3.2% and consumer prices still rising by 3.1% year over year. Since GDP just tracks the volume of monetary transactions, higher prices for things should mean higher GDP. What this tells us is that Hong Kongers are buying a lot less stuff. Living standards are going down. This could lead to margin calls in Hong Kong which would bring down Macau stocks by itself, whatever the fundamentals happen to be.

From the technical side, things look dangerous, too. I’m not a technical analyst, but it looks to me like the pattern has changed. If we take a look at a long term chart of Wynn for example, the last two major bottoms in 2009 and 2016 were V-shaped, inverse head and shoulders and double bottom. 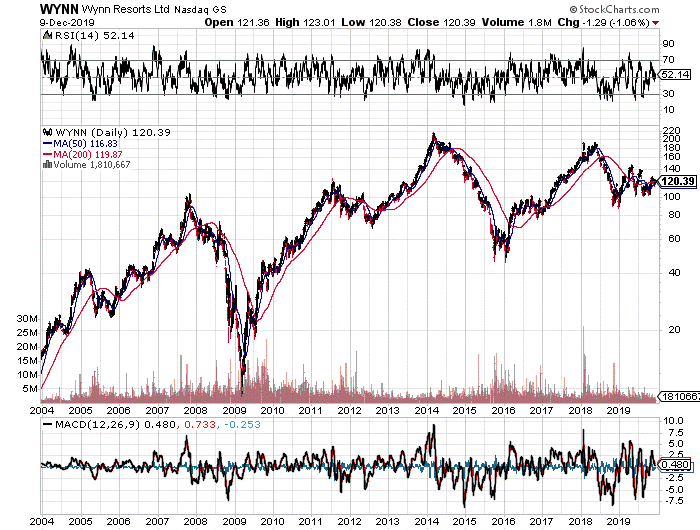 The last decline bottomed at the beginning of the year but there has been no trend higher since then. Which means that the trip down could still have a while to go.

Granted, if the trade war is ever resolved, then a lot of this tension evaporates quickly. Macau would zoom higher. With every passing day though that seems more of a fantasy. But because it is still possible, best not to be caught with large short positions. It’s too risky. The most sensical strategy here appears to be small short positions on strong up days, and then cover quickly for small profits.