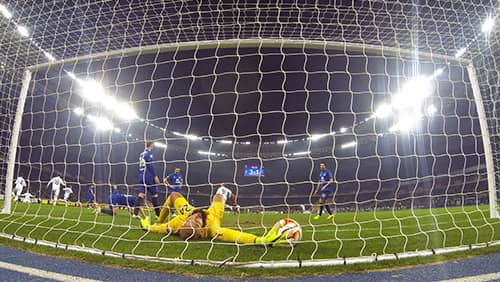 New beginnings, old habits and local rivalries were all put to the test this weekend as some seismic results caused bug movements in the English Premier League.

While some new managers saw results that could be improved on – Nigel Pearson’s watching brief from the stands at Vicarage Road yielding the entertainment of a 0-0 bore draw – others saw their seasons take off.

Jose Mourinho presided over a 5-0 for the first time in a long time, while Sheffield United and Newcastle United both came from behind to prove they have more than enough to avoid the specter of relegation hanging over them this season.

Liverpool cruised to a 15th win from 16 games to head 11 points clear at the top, but the Mersey men would have their lead trimmed yet again, only not by the rivals they might have expected.

Duncan Ferguson’s first game in temporary charge of The Toffeemen saw Goodison Park roared to the rafters as the team languishing in the relegation zone at the start of player took all three points against the side currently in the Champions League places.

While Everton had largely capitulated in the final death throes of Marco Silva’s reign, never was there a team who played more in their manager’s image than The Toffees in Ferguson’s first 90 minutes.

From the first blow on the referee’s whistle until the last, The Blues of Merseyside were at it against Lampard’s rather limp line-up. While Chelsea were trying to preserve their place in the EPL, Everton were desperate to improve theirs, and it showed, Richarlison’s early goal followed up by a second by Dominic Calvert-Lewin at the start of both halves.

Kovacic scored a quick reply for the West London club on 52 minutes, but a late third for Everton by Calvert-Lewin saw Ferguson and his staff – including the ball-boys – celebrate wildly at the final whistle. The Toffees travel to Old Trafford next, and United will be hoping not to come unstuck.

A stunning game at The Eithad saw the Red Devils take the spoils and in doing so end Manchester City’s title chances.

United were in flying form from the first whistle as Marcus Rashford followed his virtuoso performance against Tottenham on Wednesday night by pulling out more of his signature moves. City’s midfield and attack may be terrific, but their defensive platform has looked suspect since Vincent Kompany left for Anderlecht in the summer and injuries to Aymeric Laporte and John Stones left the side looking full of holes.

Two goals in a seven-minute spell in the first half from Rashford and Martial put United ahead at the home of their bitterest rivals outside of their historic battle with Liverpool. In truth, however, it could have been 4-0 to the away side at half-time, such was United’s dominance of the big chances, and with Daniel James and Jesse Lingard running riot between the lines, only Ederson’s shot-stopping kept the score decent.

In the second half, Harry Maguire’s increasing positive influence on the centre of United’s defence, coupled with an outstanding performance from another of United’s summer signings in Aaron Wan-Bissaka kept City at arm’s length. A late Nicolas Otamendi consolation set up a nervous finish United didn’t deserve to endure, but they saw it out to claim a thoroughly deserved win and Ole Gunnar Solskjær became the first manager to beat Pep Guardiola four days after triumphing over Jose Mourinho in league action.

While the main action was on Saturday, there were four games on Sunday, each of which saw both sides find the net.

Leicester City were chief amongst them, scoring four times at Villa Park as Jamie Vardy (2), James Maddison and Kelechi Iheanacho all notched yet more goals for this exciting Leicester side.

Brendan Rodgers will have been delighted at the ease with which his side carved Villa open, and although eight points seems a big gap to Liverpool at the top, one result can change a season.

The Foxes have the opportunity to grab their chance when they host the current leaders at the King Power Stadium on Boxing Day, and with Manchester City dropping out of the title race, everything will be on the line, and Liverpool will have to deal with the pressure.