Leaders dictate the action as Liverpool and Leicester both win, while Mourinho finds Manchester a difficult place to play and Wilder explodes at VAR at Bramall Lane

To say some teams are struggling would be to reduce an opera to the jingle at the end of a dog food advert. Arsenal imploded at home to Brighton to stay behind Sheffield United, Wolves and Crystal Palace in 10th place. Burnley demonstrated the kind of defending that deserved the music from Monty Python’s Flying Circus accompanying it. And the less said about Norwich’s clowns-struggling-to-exit-a-rickshaw motif the better. 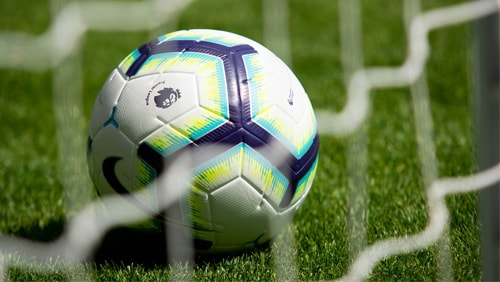 Others are finding winning Premier League games like shelling a single pea with the whole day to do it. Liverpool demonstrated that it was simply a matter of how many they would score past Everton; Leicester had the control of a chess grand master teaching a toddler not to eat crayons at home to Watford. In the Midlands, Wolves clipped West Ham’s wings like Rocky catching a chicken if the chicken had already been cooked in breadcrumbs and served with fries.

Liverpool 5-2 Everton
Marco Silva’s reign as Everton manager has come to an end, and while that in itself has the predictable nature of a thriller ending with the only person left alive being the murderer, it was no less bloody in the denouement.

Liverpool carved Everton’s defence open as many will a turkey in three weeks’ time. Time and time again, Sadio Mane was the chief butcher, his pass for Origi’s opener so good that to watch it in slow-motion is to wonder how any footballer could make such a pass so gracefully. It warranted less a Chef’s kiss and more a Michelin star, so tasty was the through-ball.

Origi, of course, gobbled up the chance, as he did another sumptuous assist later in a crazy first half that ended 4-2 thanks to Liverpool’s incredible attacking ability and Dejan’s Lovren ability to be Dejan Lovren.

In the second half, Liverpool almost went too easy on their less than glamourous neighbours, as if they had both worn the same dress to a party only the hosts ever wanted to be at. Everton were opened up late on for a terrific fifth Liverpool goal, Roberto Firmino’s glorious assist almost too bright to look at in the harsh light of Everton’s frailties. A whitewash in technicolour, Liverpool march relentlessly on.

Manchester United 2-1 Tottenham Hotspur
The Red Devils welcomed back previous manager Jose Mourinho the only way United know how – with a breathtaking attacking display of intent. While Mrcus Rashford filled his boots at the top of the pitch and Harry Maguire was left with a back pocket widened by having the England striker Harry Kane inside it for 90 minutes, Scott McTominay typified United’s spirit in midfield.

Doggedly chasing every ball like a reboot of Darren Fletcher that has been created just a little too perfectly, McTominay was everything Spurs were not, save for a period in the first half where they struck through a brilliant flick and finish from Dele Alli – or possibly his even-more-talented brother.

Undeterred, United pressed on and thoroughly deserved the victory, a rare statement to be able to make after the season they have endured to date. While they will look to repeat the trick down the road at The Etihad this Saturday, Mourinho’s Spurs reboot hit a glitch and may need to reload with players more in his mould.

Nemanja Matic did not make the first XI for United, possibly with a slight case of his ears burning, either that or pains in the back of his head from the coveted look he was getting from the opposition manager.

Sheffield United 0-2 Newcastle United
The Blades were blunt yet again against bottom half opposition this season, though that might not be the case for long if Newcastle keep up their own vein of form. The Magpies again approached the game like masters of the smash-and-grab, and Steve Bruce’s side no longer look to be a side troubled by the possibility of relegation, moving five clear of the drop zone and on the fringes of the top 10.

It was Jonjo Shelvey who scored the pivotal second goal of the game, after Allan Saint-Maximin had opened the scoring. Shelvey was put clean through and the linesman flagged for offside. Everyone stopped, including Shelvey himself for a while, until he realised that he had an easy chance to score a goal if he’d beaten the trap. Slotting home past a nonplussed Dean Henderson in the Bramall Lane outfit’s goal, VAR then awarded him the goal and Wilder went wild at the Linesman’s error.

With linesman having been told to keep their flag down this season, there have been several occasions where crucial goals have gone in as a result of a flag being erroneously raised. Here, it may only change the mid-table positions of Sheffield United and Newcastle United. But at Old Trafford earlier in the season, Pierre-Emerick Aubameyang scored an equaliser for Arsenal in not dissimilar fashion. That goal, that vital strike, could yet be the reason Arsenal stay up.