Five times the EPT Prague gave us chills at Christmas

December is all about three things to any poker player – whether they’ll be gifted another crummy plastic poker chips set, whether they’ll be forced to visit family on Sundays instead of playing the online majors, and EPT Prague.

From Friday, 6th December to Tuesday 17th December, players will descend on the Hilton Hotel in Prague for the EPT Festival, which features the following tournaments to name just a few:

Prague has historically been an amazing celebration of poker. With Christmas so close, players are always in a good mood, it seems. With the 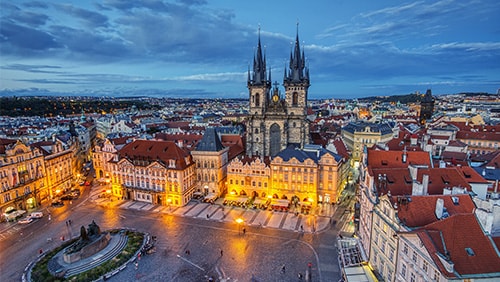 Christmas Market and Old Town square thriving hubs of activity and baked sweet pastry goodness, players have every excuse to go for broke, knowing that if they are busted then they can enjoy the night-time festivities.

We’ve several memories from Prague, and while we wait for the hot apple cider to cool down, let’s revisit some of the very best.

How Not To Play Pocket Kings

Juha Helppi and Leon Tsoukernik give a lesson in how to bluff with a low pair, while pocket kings might not be best played so timidly against such action players.

Have you ever put your coat on before seeing if you can catch up on an all-in where you’re at risk? OK, but how about packing your belongings up, dialing a cab and making sure that your shoes are tied? We thought not. Crib notes: it really, really works.

When the game of poker is eventually able to look back on 100 years of TV history, it’s likely that the names Petrica and Richardson will come up. Together, associated with each other for all eternity thanks to one of the most spectacular flops you will ever see. This would retire us from the game in an instant.

What’s in a Name?

If your name is Thomas Butzhammer, then at some point, you know that you’re going to make it to a TV table. Let’s face it, on the EPT, Joe ‘Stapes’ Stapleton would insist on it. But now imagine if the hand that makes you famous pits you (with aces) against the queen-ten of a player named Pascal Pflock. His name sounds like the exhalation made by Buttzhammer on the river from this very hand. Go on, change our minds.

Martin Hanowski may possibly still be thinking about this epic hand, where he somehow makes the correct decision to fold pocket queens pre-flop against two players holding pocket aces and ace-jack. Brilliant fold….completely undone by the queen-high board. If you pause this clip at exactly the right time, you can pinpoint the moment that Hanowski curses the other players involved, himself, and the entire world with one withering twitch.

With the EPT Prague festival beginning in just three days’ time, there are plenty of ‘StarsFun’ activities taking place at the Hilton and beyond, as the traditional Players’ Party will give hopefuls a chance to let their hair down. In addition to the extra trimmings, the golden turkey…ahem, ticket, is the fact that any PokerStars online qualifiers who make it to Day 2 will be awarded a seat in a hand of Crazy Pineapple. Win that and it’s off to Barcelona with a Platinum Pass worth over €26,000 and the PSPC 2020.

The Players’ Party is sure to be a highlight of the festival for players, with live music, a visit from the big man himself (no, not James Hartigan or Joe Stapleton, Father Christmas!) and with free mulled wine and a chocolate fountain, there will cash games running 24 hours a day for anyone who’s had enough of the free drinks.

Who’ll become a YouTube star this year in Prague on the European Poker Tour?