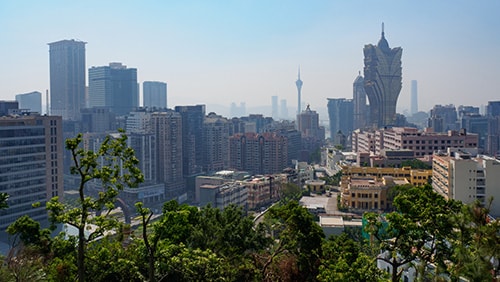 SJM Holdings, which operates casinos in Macau, saw a strong third quarter this year, reporting profit of $94.24 million, 4.5% higher than a year earlier. This was made even more impressive, given that its net gaming revenue dropped 3.2% year-on-year to $1.03 billion. Partly as a

result, and despite a dip in Macau’s overall gaming revenue, has announced that it is prepared to give eligible employees annual bonuses and that it will keep this plan in place for at least another three years.

GGRAsia indicates that the company confirmed the bonus structure, which SJM Holdings calls a “living subsidy,” will run from July 1 next year to June 26, 2022. The bonus will be equal to one-and-a-half-months’ salary, or two months’ salary, depending on the employee’s status and longevity with the company. Typically, “eligible employees” refers to non-executive personnel in a casino company when referring to bonuses.

The living subsidy will be paid in two installments – one in the summer and one in the winter. The summer’s payment is expected to be distributed each July, while the winter bonus will hit employees’ checkbooks in January.

SJM, which operates the Grand Lisboa, Ponte 16 and others in Macau, introduced its bonus program in 2014, but all casino operators now offer some similar structure. When it launched the program, it stated that it would be in place at least until 2020, and the updated message is meant to provide guidance on where the company stands, as well as to give employees a better understanding of what’s to come.

SJM has been able to continue to grow this year in a market that has been generally stagnant. In the first half of the year, the company’s revenue fell 0.7% compared to the same period from a year earlier; however, profit increased 12% year-on-year to $214.7 million. It has apparently figured out the secret recipe many companies find elusive – how to increase profits while spending less money.

The bonus in Macau, although it has become a regular fixture, is not a guarantee. As the name implies, it’s extra money that is meant to show employees gratitude for their efforts. This hasn’t stopped some casino industry groups from trying to force the government to make the bonus obligatory, though, and have even pushed for a set amount to be locked in each year. This would ultimately be counterproductive, as employees would know that the money is coming, regardless of how well the company performs.