While much of the attention has been on the MILLIONS World Main Event in The Bahamas this weekend, other big results rounded out the action, with high roller victories giving us two more winners as the $10,000 and $25,000 buy-in events saw Norbert Szecsi and Wai Leong Chan both lift trophies. 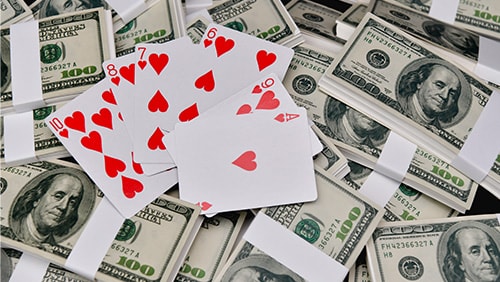 Just a few days earlier, Chan had been runner-up to Daniel Dvoress in the $250,000-entry Super High Roller Bowl at the Baha Mar Resort. But having got so close, Chan finally bagged the victory, and did so in style.

Only seven players of the nine who took their seats would finish in the money, and it would be one of the most famous faces in poker who left without getting paid. Phil Ivey and Fabrizio Gonzalez were the players who missed the money, but as soon as the bubble burst, Kristen Bicknell, Rob Hollink and Jason Koon busted in fairly sharp succession.

Down to four-handed play, Ali Imsirovic missed out on another victory in a year which has seen the Bosnian follow up on his Poker Masters title in 2018 with a series of high roller cashes, merely confirming what we already knew as poker fans, that he is very much part of the furniture at this rarefied level of elite play.

With Sean Winter going out in third place, the stage was set for Wai Leong Chan to grab his win, and that he did so at the expense of Ike Haxton in the early hours of the morning after coolering the partypoker pro was ironic in and of itself – Chan finally had the break and the title his deep runs over the week had merited.

Coming out on top in the $10,000-entry High Roller event was Hungarian player Norbert Szecsi, who topped a stacked final table with years of experience under their belts.

Sam Soverel, fresh from being crowned both the 2019 British Poker Open and 2019 Poker Masters winner in the last few months, finished in 9th place when his pocket queens were dominated and destroyed by Austrian player Matthias Eibinger’s pocket aces.

Jamie Sequeira busted next when his pocket jacks were no match for Garik Tamasian’s pocket queens, and it was Stephen Chidwick who would leave next. Britain’s most successful live tournament poker player departed in 7th place when his shove with pocket jacks saw Matthias Eibinger make the call – again! – with pocket aces.

It was starting to look like Eibinger’s event, but Julien Martini’s elimination at the hands of Tamasian saw the Russian move among the biggest stacks in the room. Martini was left shaken and stirred – and like James Bond’s favourite drink, utterly sunk – when he couldn’t improve with an off-suit king-jack shove, Tamasian’s sixes holding through 5th Street.

Marques De Miranda departed in 5th place for $110,000 when his call-off for his remaining stack in the big blind with ace-three off-suit was in a race against Ralph Wong’s pocket deuces, and third deuce on the turn ending De Miranda’s hopes.

Next to go was Tamasian, surprisingly, who lost a huge pot worth 75 million chips when he shoved from the big blind with ace-four over Wong’s open and then call with ace-king. Wong held, and would eventually bust Eibinger in 3rd place when he held ace-seven and needed some luck against Eibinger’s all-in move with pocket eights. It came, however, as the last four community cards were spades, matching the ace of spades in Wong’s hand, and the American went into heads-up with approximately a 3:2 chip lead.

It all ended for Wong, however, when he was too much of a hero with king-high then lost a series of smaller pots to leave himself needing help. He shot for it when all-in with jack-eight, but Szecsi called in the big blind with pocket fours and successfully flipped for the win.