Spanish player Adrian Mateos took down the MILLIONS World Bahamas Main Event for $1.1m as ‘The Matador’ once again dodged the opposition’s attacks and landed the fatal blow in yet another event as the phenomenal young player confirmed to more fans what the poker world – that he is one of the best poker players in the world. 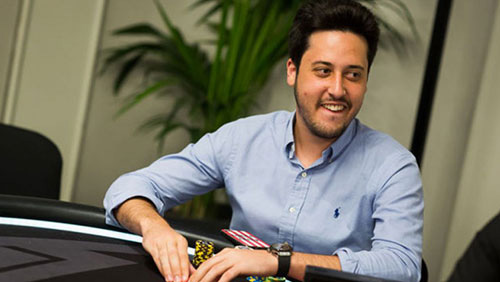 With the MILLIONS World Main Event win, Mateos brings his lifetime tournament winnings to an incredible $19,423,996, just half a million dollars short of $20 million. In doing so, Mateos merely extends his lead at the top of Spain’s poker players all-time money list, with Mateos’ nearest challenger, Carlos Mortensen, a huge $7 million behind him. Time and time again, Mateos – a.k.a. The Matador – sweeps all before him like so much bull.

It was a dramatic final table in The Bahamas with the Baha Mar resort buzzing for the conclusion of the $25,000-entry event. At just 25 years of age, Mateos would book his latest win, but upon the recommencement of the final table action, eight players remained from the 948 entries in the event.

The popular partypoker pro Ludovic Geilich led the way with 24 players left at the start of the final day, but the Scot couldn’t hold onto that lead, his pocket aces cracked by a flush which signaled his plummet down the leaderboard.

Geilich would eventually finish just 14th on a disappointing day for him, and others to miss out on the final table included former WSOP Main Event winner Ryan Riess and current GPI leaderboard end boss Alex Foxen, both of whom finished 13th and 12th respectively.

Down to the final table, Gregory Baird was first to depart, and he was very unlucky to do so. Chris ‘Big Huni’ Hunichen had pocket sixes and while Baird had pocket sevens, a six on the flop would deliver him from contention.

Baird would be followed out of the door by Peter Jetten, who busted when his all-in ran into a monster hand in Scott Wellenbach’s pocket queens, and Jetten was joined on the rail by Oleg Mandzjuk, who was eliminated in 6th by the same player.

William Blais was short-stacked and needed to get back into the game, but his push with ace-high fell victim to Hunichen, one of the form players on the planet, who eliminated him in 5th, sending the Canadian home with a whopping $500,000 prize.

With four players remaining, it was Wellenbach who would miss-out on three-handed play – a crucial elimination given what was about to transpire. Wellenbach was eliminated by Aaron Van Blarcum. Wellenbach, who won $650,000 was the last player out before an ICM deal discussion took over the final table.

Here’s that deal and how it saw the players who were still involved rewarded:

With the amounts agreed, just $100,000 was still up for grabs, along with the MILLIONS World title and winner’s photos with the trophy, of course.

Hunichen lost with two pair to Van Blarcum, then heads-up, Mateos rivered trips to vault into the lead. In the final hand, Van Blarcum was committed with just 13 big blinds, and they proved unlucky for him as Mateos paired up on the flop and held to gather in the extra $100,000 and the glittering trophy – the latest in a career which has already seen the young Spaniard win three WSOP bracelets.

*As agreed after three-way deal