Home / Business / Innovation and iteration in gambling with Jesper Karrbrink 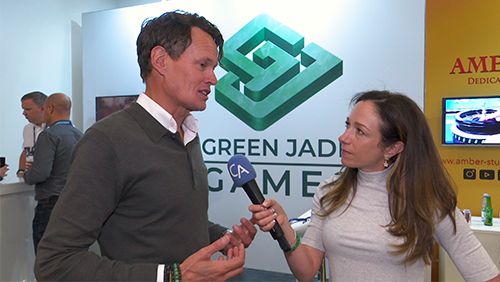 The gambling industry is always looking for the next big thing; the new game that will excite customer and keep them coming back for more. Jesper Karrbrink, Chairman of Green Jade Games, is focused on doing just that, and he shared some lessons of the right way to accomplish that goal with CalvinAyre’s Becky Liggero Fontana.

Iterating is fine, Karrbink noted, and Green Jade Games does it in plenty of their games, but the real threat is failing to innovate before the competition. “If you just iterate and iterate and iterate, at some point someone will come in and disrupt,” he told Fontana. “And you have this sail ship theory, it’s about when was the sail ship, the cargo sail ship the best, at their peak. Well it was the day before the steaming engine cargo ships came.”

Fontana asked Karrbrink exactly what Green Jade Games is doing to create their own innovation. “So we’re basically doing two things. We’re doing slots, and there we’re iterating like everyone else. I think we have some cool features but it’s still iteration. And then we have the arcade games,” he replied. “And the arcade games is at total new way of doing casino games. Basically we mix skill with luck, and that’s the RNG. And we have this patent-pending algorithm that balance this, we can still offer a consistent RGB of 95% of whatever.”

Karrbrink expanded on what arcade games his company has coming, and they have quite a selection. “We have brick breaking games, we have first person shooter games, we have puzzle games, games that we know that millions and millions of people are playing, we turn them into casino games,” he said. “And they’re proper skill games, so you will not be disappointed playing the game from a skill perspective, but you will also be very surprised that you find the thrill element of a slot in this game. And that’s what we’re trying to do now. Will it work? We hope so, we think so.”

He admitted that attempting to innovate is risky, and failure could come at a big potential loss of funds and prestige, but he believes it’s worth it. At the same time, through iterating their slot offerings, Green Jade Gaming has a fall black plan. “So we think we balance this one, and because the payback if you innovate and you kind of change the game, it’s huge, it’s fantastic,” he said. “I mean, you might have hundreds of thousands of people just playing your games, and that’s a fantastic feeling that people that kind of didn’t play games before so that’s quite cool.”