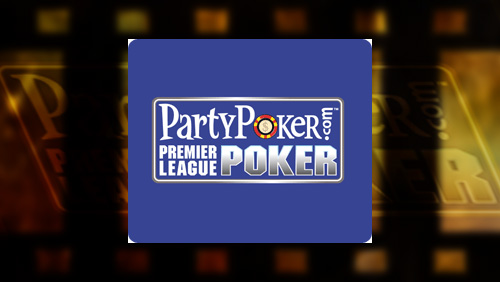 Did you ever have a memorable week in poker? Of course you did. Maybe it was an online win that saw you right for a month where you lived like a king. Perhaps is was a live poker victory that sent you on an all-inclusive break. Maybe you even lucked out on a poker trip and have a trophy gathering dust on your mantelpiece.

You never saw a week of action like what happened between February 12th and 18th in 2010 at the M Resort in Las Vegas.

That was the week that the PartyPoker Premier League IV took place, capitalised lettering in the brand name and all. The players weren’t just some of the best in the world at the time, such as Daniel Negreanu, Phil Hellmuth and Yevgeniy Timoshenko. They also included some of the biggest characters in the game. Players like Luke Schwartz, Tony G, Roland De Wolfe and Phil Laak… in a Kermit the Frog mask.

The genius of the 2010 tournament series amusingly entitled the Premier League, was in the detail. The permutations for gaining a seat at the final were so complex and mind-boggling that the players involved were, essentially, playing two games. They were trying to win a poker tournament, sure. But they were also trying to make sure certain opponents finished lower in the league than others, thereby preserving their own place in the final showdown.

With the heats and final all taking place over a single week, the action started off hot and intensified as the week progressed. Phil Laak winning points early helped the game a lot. Every other player had the spectre of his hilarious taunting being broadcast on television should they fall.

There was more needle at the table than at the Annual General Meeting of the Haystack Searchers Society.

Premier League Season IV (roman numerals were in during the early 2010’s, for obvious reasons) also contains one of poker’s most infamous blow-ups, and a rare one from the player who wins the hand. Luke Schwartz, battling for supremacy and on course for the final, got into a raising war with David Benyamine on the turn, and eventually pushed – literally, pushed like a toddler might move food out of their eyeline – his entire chip stack into the middle, calling the bluff of the Frenchman who would go down with the Full Tilt ship as one of their pros a year later.

Benyamine’s move-to-call then fold sends Schwartz into apoplexy, the bullish Brit leaping out of his chair and storming around the set, yelling “In your eye, David Benyamine, you arrogant guy!” with no thought to the poetry he speaks.

After sitting down, he composes himself, then devilishly declares: “I’ll beat everyone in this whole PartyPoker!”

Here, grab some popcorn and enjoy that fabulous fall-out:

The whole series is a blast, and well worth watching from start to finish, divided into seven parts and viewed once per day if you truly want to live the life of Jesse May at the M Resort across the crazy week it was. Although to get the full visceral feeling of that experience, you’ll want to stock up on whiskey, wisecracks and a friend who runs a bookmakers stall throughout.

Here’s the first episode, from which you can access all the surviving segments:

If you’ve less time, you might want to skip to the final itself, because Luke Schwartz and David Benyamine meet once again, with the predictable fireworks:

While the brand changed from PartyPoker to partypoker, the action was never better than at the M Resort. We may never see televised poker like it again.