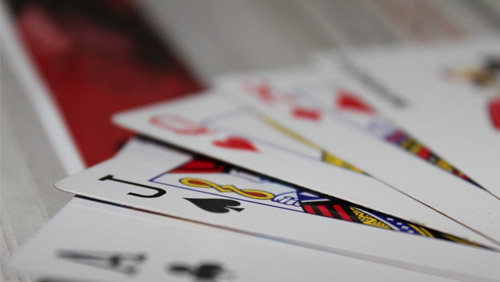 According to the Rhode Island State Police’s website, state police officers are expected to adhere to a creed that includes “unselfish devotion to duty, the highest type of honesty and downright courage.” One officer apparently paid too much attention to the courage part and not enough on the honesty part, deciding to rip off a casino patron at the beginning of November. One could argue that a brazen theft by a police officer is courageous, but it’s definitely not honest.

According to the Boston Globe, 59-year-old police officer David J. Bradley was arrested last Thursday after an investigation concluded that he stole $1,700 from a gambler at the Twin River Casino in Lincoln. The incident reportedly took place on November 1 and the Gaming Enforcement Unit assigned to the venue picked him up for larceny after reviewing the incident.

According to police details, a casino patron dropped his wallet on the floor of the casino’s Blackstone Bar. Bradley retrieved the wallet and, instead of returning it to its rightful owner, headed out the door and into the parking lot. He must have forgotten that the casinos have cameras covering virtually every corner of their properties, and the entire incident was watched by the eyes in the sky. Security personnel watched and followed him, then stopped him in the parking lot.

Bradley has already been arraigned by a judge after having been processed at the Rhode Island State Police Lincoln Barracks. He’s out on $5,000 “personal recognizance” while awaiting a return trip to the courts, expected to take place on February 6 next year. His days of wearing a police uniform are almost certainly over, unless some miracle were to happen. He’s only been on the force for about eight years and is looking at as many as three years behind bars and/or a fine of up to $1,500.

The (soon to be former) law enforcement officer had been assigned to the Rhode Island Capitol Police, an agency that is tasked with providing security and enforcing laws at the State House, as well as courts. There is no indication that Bradley has been suspended pending his ordeal, but, given the circumstances and video evidence, chances are good that he’s spending a lot of time at home and not in uniform.

Rhode Island makes a brilliant move with its lottery
Erik Gibbs
14 May 2020
.