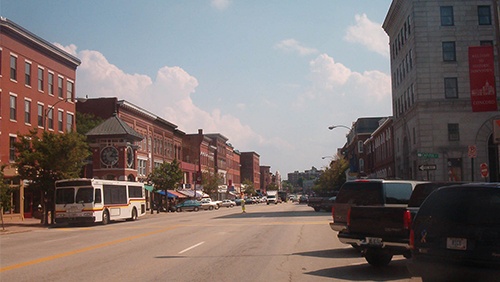 November in the U.S. is always a stressful month, but not because the holidays are approaching. Instead, it’s due to the number of elections that are held on a local, regional or national level, and states across the country are wrapping up some important cycles of growth, or, in some cases, withdrawal. In New Hampshire, both are found as cities are divided on whether or not they want retail sportsbooks in their neighborhoods.

According to the latest poll data, nine cities had ballot initiatives to determine whether or not sports gambling operations should be allowed in their areas. Of these, five have said yes, while the other four opted out of the activity. Berlin, Claremont, Laconia, Manchester and Somersworth all approved the measure, while voters in Concord, Dover, Nashua and Rochester said thanks, no thanks.

Even in the cities that see the economic benefit of allowing legal sports gambling, instead of watching the money flow to offshore accounts, the race was a tight one. For example, Manchester, the largest city in the state, only barely approved the measure by a vote of 9,556 to 8,356.

However, the greater-than-50% was good news for the state. The executive director of the New Hampshire Lottery, Charlie McIntyre, released a statement after the votes were in and said, “With five cities voting to allow sportsbook retail locations, we can continue with the sports betting implementation process, developing a responsible system that engages players and drives revenue for education in New Hampshire.”

Even in those states where the measure fell, the race was tight. Nashua defeated the opportunity by just 68 votes, 4,733 to 4,665. Given the ease with which residents in the border city can hop over to Massachusetts to place their wagers, it was surprising that the city didn’t see the light, or the dollar signs.

Boston Billiards and Casino Director of Marketing Kevin McMahon told Patch.com that he was surprised, as well. He stated, “I don’t know if everybody understood what is happening with sports betting and what they were voting for. It is coming to the state. Sports betting is the law. It’s eventually coming everywhere, so this would have been a chance for Nashua to take advantage and get the taxes from over the border.”

Now, instead of local governments and their projects benefiting from sports gambling, the cities that denied the measure will see their potential revenue go elsewhere. Residents of those areas will be able to place wagers on sports contests using the statewide Lottery and mobile sports platforms. After they realize what they’re missing, they’ll turn to the government and try to force additional economic resources out of the state.