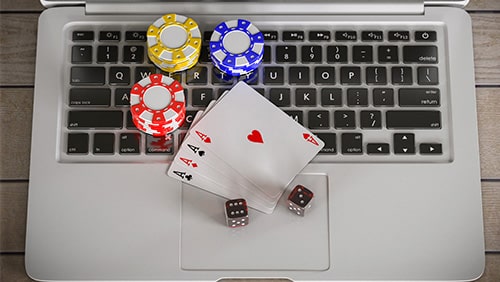 In case you’ve been living in a cave and don’t know Kane Kalas, he’s an online crusher turned live tournament poker player who kills prop bets. He’s also inherited a really terrific voice from his baseball commentator dad, and this week, Kalas has lent his voice to a new Short Deck course.

Available at $999, the news was announced both by Kalas himself and by Doug Polk, who, after a brief period of four weeks staying a social media hermit after a fairly exhaustive analysis of the Mike Postle scandal, returned to Twitter to hail King Kalas, master of the Short Deck:

It was an absolute pleasure working with @KaneKalas on his new Short Deck course and we're excited to share it with you guys today. Details below. https://t.co/m6s8qFucUK

So what is on the course? Its boast is that it is the only course you’ll need for Short Deck, which is no mean feat. After all, this is a popular variant but one that is completely different from No Limit Hold’em, and Kalas is open about the differences between formats in his teaser video on the site.

Building a huge edge in such a swingy game is a difficult task, of course, but if anyone can do it, Kalas can. Showing phenomenal dedication in his short career in poker, Kalas has conquered huge stakes very early in his career and if he’s telling you he can help, you’d be advised to listen. While $999 as a ticket price might seem high to the recreational player, Upswing Poker are likely pitching this package at players who are already competent at NLHE and have started to enjoy playing Short Deck more regularly.

There are WSOP events in Short Deck of course, even if Kahle Burns seems determined to hoover all of them up for himself.

Kalas is determined to give you investable theories that you can put into practice at the tables, and there are plenty of visual demonstrations, with Kalas your coach on screen off to one side in a miniature , in much the same way as Doug Polk might explain a poker strategy hand, naturally.

With advice that can apply to heads-up, 6-max or 9-max Short Deck games, Kalas has put together a course that includes pre-flop, post-flop, and of course, turn and river. He also goes through the different strategies for 50 and 100 ante stack depths, too. He says its conclusive and he aims to deliver.

Kalas came to the fore again in the poker world this summer just gone after making a some say bold, others say easy prop bet against Doyle Brunson this summer. Judge for yourself just how smart you think the wager was:

Interesting bet vs @TexDolly
2019 @WSOP #MainEvent
I owe 50K if @phil_hellmuth places top 1%
He owes 5K for each of these ppl in top 1%@Jake__Schindler @dude904 @JustinBonomo @WAFoxen @KaneKalas@paulgees81@NegriinLuca@byoonz @Amadi_17@dpeterspoker17
Which side u like?

There are a wide range of chapters, with nine separate sections including passages on pre-flop play, post-flop strategy, slow-playing, whether blockers are important and the perils or profit in overbetting.

You can also learn the best way of raising in the game, as well as limping, calling and the rigors of river play, whether to bluff and when you can bluff-catch on the river too.

All-in-all, there are 57 videos, with the eight ante reviews grouped together, a whopping 14 videos grouped together on heads-up strategy and 35 high stakes hand reviews from Triton Short Deck events featuring players such as Tom Dwan.

Speaking of Dwan, if you purchase the package in the next three days or so, you get a free bonus package al about how Tom Dwan plays Short Deck so you can ape Durrr and shake things up the next time you take on the high-variance game you’ll have mastered after the course.

While $999 may look pricey to the uninitiated, playing Short Deck events or Short Deck cash games often yields big results, so if you’ve climbed the levels, the course should pay for itself fairly quickly.

Kane Kalas certainly does all he can to turn you into a Short Deck master during the course, in an effort to give your poker game the upswing so many players are looking for.