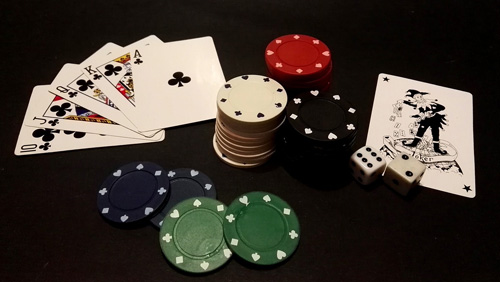 Kahle Burns joined an exclusive band of players to win two WSOP in the same Series as he sealed the deal in the €2,500-entry Short Deck event. Not only that, but the Australian won his second bracelet in a week to leap up to 6th in the Player of the Year leaderboard in the process.

With a total of 179 entries to the event at King’s Casino (147 on Day 1, added to by 32 on Day 2), the final day didn’t disappoint in terms of drama and excitement. Day 2 didn’t start in the money, either. With the money bubble still some way off, the first hour saw dozens make their way to the door, before the final 27 players who made profit were reached in the second hour of play.

Player of the Year hopefuls Daniel Negreanu, Shaun Deeb and Robert Campbell all departed for the money, giving Kid Poker the advantage over his much-hated enemy Deeb and the more placid waters of his rivalry with the other double bracelet winner from this WSOP, Robert Campbell. The bubble saw both Tony G and Ismael Bojang lose when the play was hand-for-hand, so they split the prize money awarded to 27th place.

Burns led from the start of the final table, and held onto it until the bracelet was around his wrist as the play slowed down and players were edged out of contention. Belgian player Pierre Neuville left in 7th place, and his elimination was followed by Israeli player Oshri Lahmani, before Burns busted Vladimir Peck in 5th place. Peck was hoping for straight cards with nine-eight, but was straightened out instead, Burns’ jacks setting his opponents’ hopes on fire.

Federico Anselmi would bust in 4th to send play three-handed, whereupon it was Burns wielding the fire-axe yet again. Felix Schulze was taken out when he was dominated, not learning the lesson that nine-eight was no good against Burns, who this time had the dominating ten-eight.

Heads-up, Burns went into play against the German pro Manig Loeser carrying a 3:1 chips lead and the stacks never looked like evening out. Two hands after it began, Burns had his second bracelet at the expense of a player still yet to win one. Loeser shoved his last hand with king-jack, but Burns again dominated his opponent, calling with ace-jack and seeing off his final adversary in an utterly ruthless manner to capture the bracelet and carve his name into the World Series of Poker history books.

While Burns will undoubtedly be pleased with the €101,843 in prize money that he won to add to the €596,883 he took home earlier in the week for triumphing in the €25,500 Platinum High Roller, he’ll likely trade off the best reply to that age-old question between poker players that goes ‘Have you ever won a bracelet, then?’

‘How about two in one week?’ must surely be what Kahle Burns goes to his tombstone saying by way of a response. Simply magnificent.