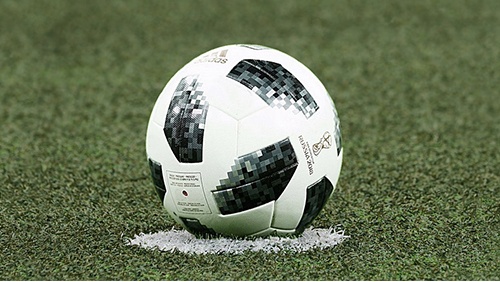 Liverpool grab a huge comeback win, while the Manchester clubs and Chelsea all enjoy free-scoring victories and Leicester turn record-breakers

A new record was set on Friday night as Leicester City smashed nine goals past a woeful Southampton.

In what became the biggest away win in Premier League History and equalling the biggest ever Premier League win with Manchester United’s 9-0 home win over Ipswich 24 years earlier, Leicester City provided yet more compelling evidence that they pose a genuine Champions League place challenge this season.

Brendan Rodgers side went 1-0 up on The Saints, and when Ryan Bertrand was shown a straight red card for his challenge on Ayoze Perez in the build-up to the opening goal, Leicester took full advantage. Led by a rampant Jamie Vardy, The Foxes put in a completely dominating performance, including two hat-tricks by Perez, and, in the last minute of injury time for the record, from the penalty spot, Jamie Vardy.

Leicester remain in the top four and with sides below the top four such as Arsenal and Spurs dropping points, The Foxes will be hoping they can maintain their position through Christmas at least.

Just like in the corresponding fixture from last season, Liverpool netted a late winner via Mo Salah to grab the three points after a pulsating evening at Anfield.

While Liverpool’s three points won’t have come as a surprise to many, the start of the game shocked both sides, with Harry Kane scoring a brilliant opener after just 48 seconds following some stunning approach play from Son Heung-Min and a little lapse defending from a slow-to-react Virgil van Djik.

Liverpool, stunned, conceded plenty of ground to Spurs in the first half and could have been further behind when Son hit the crossbar early in the second half. Instead, the league leaders rallied, and first equalised through Jordan Henderson, then snatched a late win via the left boot of Salah.

With Spurs on their way to another loss in a difficult start to the season for them, Mauricio Pochettino threw on Gio Lo Celso for Christian Erikssen, but with the North Londoners unable to find an equaliser, Liverpool stretched their lead to six points at the top, while Spurs continue to languish in mid-table, below West Ham, Bournemouth and Sheffield United.

A stirring victory for Manchester United eased the pressure on Ole Gunnar Solskjaer’s young Red Devils as Norwich avoided an even heavier defeat thanks to two penalty saves by Tim Krul.

Once successfully brought on as a substitute in a World Cup game purely for the penalty shoot out – which he helped Holland won – Krul not only prevented Rashford and Martial from scoring from the spot, but he also made two spectacular saves, drawing gasps from the Carrow Road crowd.

While United won at ease, only conceding a consolation effort from the first-ever Cuban scorer of a Premier League goal, Onel Hernadez, it’s still very much a team in transition. Still, a win at a canter and United rise from 16th in the Premier League table to 7th place.