Home / Sports / Premier League Relegation: How the odds have changed 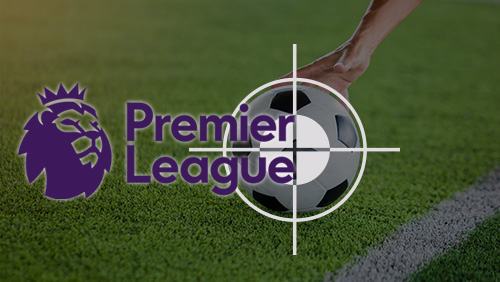 Which sides were favourites for the drop in August and how have the odds changed?

After eight games, almost a quarter of the Premier League season has been played, with just 30 games still to play. But while the top two in the Premier League look certain to go with most pundits predictions of Manchester City and Liverpool, no-one is certain which three sides will be demoted.

Let’s start with the three favourites for relegation and see how they’re faring.

While The Canaries have posted two significant wins against Newcastle United and, more impressively, Manchester City, they have lost all six of their other games, conceding a total of 21 goals in their eight games, the worst defence in the Premier League so far this season.

While Daniel Farke has to be pleased with the goalscoring form of Teemu Pukki and the creativity of Todd Cantwell, the defensive concerns they have run more than skin deep. Despite a strong attacking performance at Anfield, they ended up on the wrong end of a 4-1 scoreline.

The Canaries have lost every game since triumphing against the odds in their thrilling 3-2 victory against Manchester City. It’s a long time until the January transfer window opens, so Farke must concentrate on improving what he has, and quick.

The Magpies came into the season as clear favourites with many fans – including plenty of their own supporters – to go down. Rafa Benitez was out and Steve Bruce was in, which displeased fans who’d rather have seen the back of owner Mike Ashley.

However, despite a slow start, The Magpies have only lost one of their last five games. Last time out they beat Manchester United thanks to a stunning strike from Matty Longstaff, who debuted in central midfield alongside his older brother, Sean.

Can the Longstaff brothers lead The Magpies to a safe landing in the top half? Even the famous Toon Army would have to be happy with that.

While many thought The Eagles would have their wings clipped this season, their start has surprised observers. A 2-1 away win at Old Trafford saw Palace rise into the top four, and they welcome Manchester City to Selhurst Park this weekend knowing that a victory would send the South London club above the current champions.

Currently in the zone

One club that pundits could hardly have predicted would be 18th after eight games is Everton. Looking up at their neighbours Liverpool is one thing, with The Reds enjoying a 100% record so far this season. But Marco Silva is reportedly three games from the sack, and Everton need points desperately.

Watford are rock bottom and require a big push to reach 17th place at the end of the year, let alone the end of the season. Quique Sanchez Flores has rejoined as manager after Javi Gracia bought the bullet after less than a handful of games, but The Hornets’ fortunes haven’t turned… yet.

Southampton currently sit 17th, with Che Adams getting off to a shot-shy start after Ralph Hassenhuttl’s summer pursuit of the former Birmingham man. The Saints need to start gaining home points as a matter of urgency. Aston Villa have steadied the ship after a rocky re-entry into the top division through the EFL Championship play-offs. The form of Wesley up front will be pleasing The Villains’ passionate fanbase, but the Midlands club may yet need reinforcements in January.

Sheffield United have got off to a decent start, but their games have seen the lowest number of goals in the division, with just 14 goals seen by anyone visiting their live games. Brighton have passed their way out of trouble so far, but still have big teams to visit The Amex Stadium and could yet sink back int the mire of the relegation zone.

While some are struggling, others can already look forward to spending the 2020/21 season in the Premier League already… and spending the TV money. Burnley are 7th and look dangerous in attack and solid in defence at this stage.

West Ham United have spent well and look far likelier to flirt with the European places than they do the relegation zone, with Haller a fine replacement for Arnautovic up front.

Bournemouth worried some after their summer spending looked to have ignored defensive frailties in deference to attacking flair picks. So far, that seems to have paid off, with 13 goals scored… but 13 goals conceded too.