Macau law enforcement officials warned that they would begin to crack down on loansharking and other activity related to gambling and they haven’t been remiss in their efforts. This past February, 71 people were arrested for illegal loans to gamblers and all law enforcement offices are taking their responsibilities very seriously. Those that would try to take advantage of gamblers 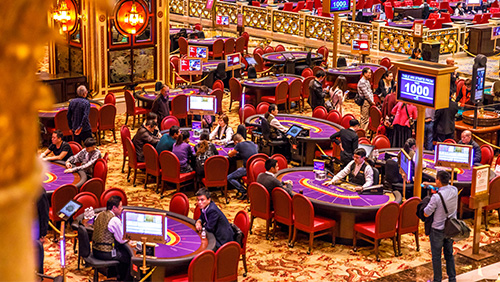 had been warned and are now going to pay the price. In the latest round of judicial action, over two dozen individuals are getting new homes with essentially nothing more than three hots and a cot as they head off to prison.

25 people received sentences of anywhere from four months to 16 years for their involvement in illegal loansharking, according to the Chinese news outlet Macao Daily News. All were reportedly involved with a massive scheme from 2016 and will now be able to figure out how to offer their services for cigarettes and pills while behind bars.

The scheme was reportedly led by a 46-year-old man from Hong Kong. He received the harshest sentence and will spend the next 16 years in prison. As if it makes much of a difference, he was also banned from entering any Macau gaming property for 20 years. He was found guilty of 32 counts of illegal activity, including loansharking and organized crime, among others.

Joining him with sentences ranging from eight to ten years are six other members of the gang. They were found to have been involved in or supporting organized crime, loansharking, operating illegal gambling businesses and other crimes and, like their fearless leader, have been added to Macau’s casino black book for anywhere from 10 to 20 years.

27 people had to appear before a judge, but 2 were able to walk away with nothing more than a reminder of their ordeal. These 27 make up a total of 295 cases of loansharking that have reportedly taken place in Macau during the first six months of this year – the number could be higher since not all instances make their way to official lists. This is an increase of 16.1 over what had been reported during the same period last year, but law enforcement operations are paying off. According to a report from the beginning of September, crime had dropped in the city as a result of increased intervention. Through joint operations with Hong Kong and Guangdong, Macau authorities arrested 812 people in two months for their involvement in prostitution, loansharking and the illegal exchange of currency.