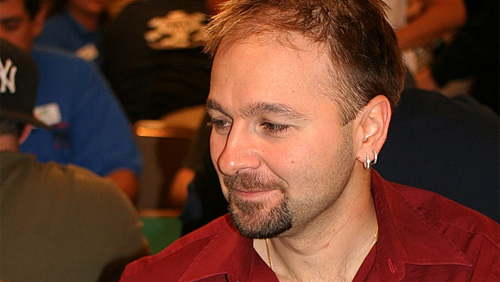 The final table wasn’t just one packed with famous faces, it was packed with characters, too. It would be Barry Shulman who would take the bracelet, but that didn’t tell half of the story. Praz Bansi and James Akenhead, two members of The Hit Squad, a band of players who pledged never to be afraid of bubbles or final table bubbles, were at the table. But there were so many other stars to feast your eyes on.

Jason Mercier would come close. Swedish superstar Chris Bjorin was there, and so too was Frenchman Antoine Saout. In fact, take a look at the final nine players, and tell us where the soft spot is out of these nine crushers:

When it came to heads-up, fans on the rail and at home were licking their lips. Daniel ‘Kid Poker’ Negreanu was going for another WSOP bracelet. Barry Shulman was chewing the scenery between hands but was an absolute rock at the felt, immovable, unshakeable. It was inevitable that there would be a big clash between them, but for it to happen in a hand where just one card stood between Negreanu and the bracelet was almost too much for fans to dream of.

Negreanu, holding queen-jack, overtakes Shulman, only for the river card to come an ace, sending Negreanu spinning across the cardroom in disbelief. Shulman would come back and take the bracelet. Negreanu would have to wait until 2013 for a WSOPE bracelet, when he took down the €25,000 NLHE event, topping a final table that included Philipp Gruissem, David Peters, Timothy Adams, Scott Seiver, Jason Koon and Erik Seidel.

As for the Shulman re-suckout on the river, that ace will never be forgotten, particularly by poker fans around the world.

Weekly Poll – Who has had a better poker career?
Criz Hombrebueno
11 July 2014