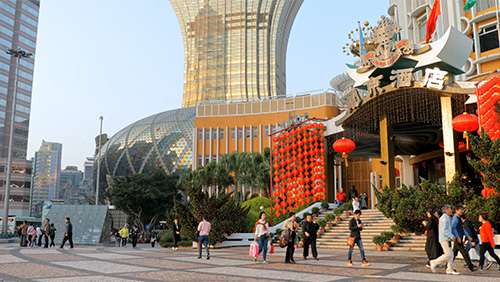 Gold may not tarnish, but Macau’s upcoming Golden Week certainly might. Analysts believe that the city’s annual holiday won’t be nearly as robust for casinos as has been the case in previous years and that both visitation and gross gaming revenue (GGR) could drop off during the period. Most of the downturn, they assert, can be attributed to too many comps and incentives being handed out.

Analysts with Sanford C. Bernstein point out that hotel bookings for October 1-7, Golden Week, are strong. However, they believe that the types of visitors are going to be weaker, which is another way of saying that they aren’t going to Macau to spend a lot of money on gambling. They explained, “Room comps will be high during the period, but likely go to an average lower-spend customer than in 2018. Consequently, higher-end play will likely remain tepid during Golden Week and during the whole of October.”

Morgan Stanley analysts feel the same way, but believe the hotel room revenue could be lower than expected. This, they assert, translates into a reduction in GGR, and is a result of the hotel room comps, which are going to drive down daily room rates by as much as 50% in some cases.

According to GGRAsia, 13 of Macau’s 27 major casino hotels are sold out for five nights or more during Golden Week, with most of these located in Cotai. However, the increase in incentives and comps issued to visitors compared to Golden Week 2018 would certainly be a factor in the numbers.

Golden Week was first introduced by the Chinese government in 1999 as a way to promote domestic tourism and increase domestic standards of living. In the majority of the cases, businesses allow all of their staff to take the entire week off, and the holiday period has become an integral part of Macau’s success.

Last year, Golden Week saw fewer visitors hitting Macau than the previous year, but this didn’t impact the city’s bottom line. The average daily revenue for casinos was $162 million, marking a year-on-year increase of about 15%. Total GGR for the period grew by the around 8-9%.

This most likely won’t be the case this year. Analysts expect the number of comps to hurt the GGR performance and believe overall numbers for 2019 could be lower because of it. Also set to shrink 2019 GGR will be the upcoming 20th anniversary of the passing of Macau from Portugal to China. That is expected to see a significant amount of high-profile politicians and dignitaries descend on the city for the ceremony, but not to gamble.