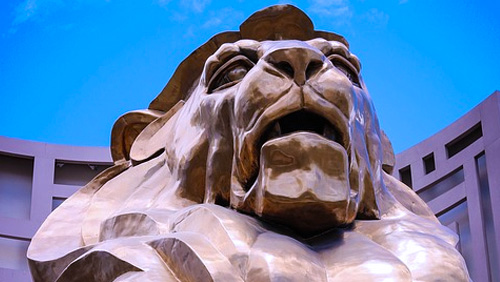 They say when you can’t beat ‘em, join ‘em, and that appears to be the case at Resorts World Las Vegas where they hired five new executives on September 14, including three former MGM Resorts International executives, including former MGM Grand President and COO Scott Sibella.

In October 2018, the Genting Group announced that they were not opposed to reopening the Resorts World Las Vegas casino complex, which is located on the site of the abandoned Echelon on the Las Vegas strip. The plan was to open a massive “multibillion-dollar integrated resort” in the year 2020. While a specific price tag was not placed on the project, it was expected to cost at least $4 billion to create the 3,400 room facility.

The hires gives the indication that this project is right on schedule, and is likely to open by the end of next year. Bringing on an impressive executive structure seems to be a clear indicator that the project could very well be open by November or December of 2020, and it also demonstrates that they wanted to hire people with a vast amount of experience to get the operation off on the right foot.

Michael Peltyn has managed the human resources departments at Bellagio, Aria, and Vdara. He also served in the same role at MGM and will serve as senior vice president of human resources at the Resorts World.

Bart Mahoney has more than 25 years of experience in the food and beverage operations and was hired as the vice president of food and beverage. Max Tappeiner will also join the company, serving as the chief information officer.

In a release by Sibella, he explained, “We are proud to announce the addition of a talented group of industry professionals to further escalate the growth of Resorts World Las Vegas as we continue to bring the luxury destination to life.”

“Every executive was hand-selected for their extensive experience as leaders in the hospitality and gaming industry,” he added. “Each has many years of demonstrated proficiency and excellence in their respective disciplines to ensure the successful completion of our highly anticipated resort.”