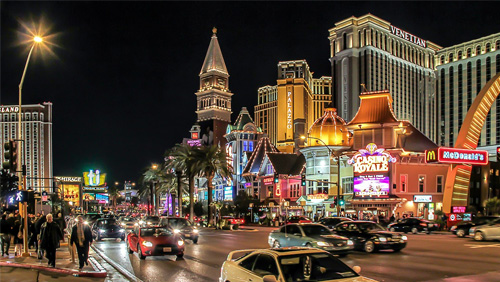 Las Vegas Sands (LVS) just gained a little time before having to respond to a lawsuit in Macau. A former business partner had launched the suit the casino operator for millions of dollars – before

raising the figure into the billion-dollar range – and the case was expected to get started this week. However, according to GGRAsia, Macau’s Court of First Instance pushed it off to a later date.

Marshall Hao, owner of Asian American Entertainment Corp. (AAEC), sued LVS from a fallout the two companies had 18 years ago. He asserts that AAEC and LVS were going to jointly work to get into Macau’s gambling scene, but that LVS ultimately backed out after securing several key relationships. Hao argues that LVS was only able to get into Macau because of his involvement and that he should be paid $12 billion for his efforts.

The suit is oddly familiar to a similar one brought against LVS by Richard Suen. He sued the company in Nevada for almost exactly the same reasons and the courts ultimately determined that he should be paid $70 million. LVS appealed and, just as the case was headed back to court, the two sides settled for an undisclosed amount.

In the latest suit, which has been sitting around for seven years, Hao came up with the multibillion-dollar figure based on financial data available for LVS and has thrown in some extra money for good measure, and the Court of First Instance approved the request. He is suing Venetian Macau Ltd., an LVS subsidiary, and three U.S.-based subsidiaries of the casino company, including LVS (Nevada) International Holdings, Inc., Venetian Casino Resort LLC and Las Vegas Sands LLC.

No reason was given for the removal of the case from today’s court docket. It also wasn’t revealed when the case may be picked up, or if it will. Perhaps, like the Suen saga, LVS has decided it would be best to put the past behind it and concentrate on the future. That could be especially true if it wants to be seen as a legitimate contender for an integrated resort license in Japan. The company announced last month that it has its eyes set on Tokyo and Yokohama and needs to keep its nose clean if it wants to be taken seriously.