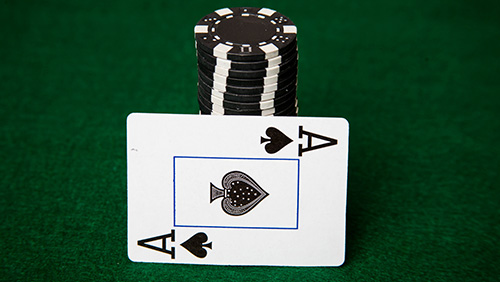 Having sold out his WSOP summer sale package in minutes, Daniel ‘Kid Poker’ Negreanu has announced that he’ll be selling a similar package for the forthcoming World Series of Poker Europe.

By taking to Twitter to share the news of his investment package that will go up for sale and become a huge media interest at the King’s Resort in Rozvadov, Negreanu was also announcing his attendance, with the WSOP Player of the Year title on the line.

Many had doubted that Kid Poker might be in attendance come October, but it’s no secret that his feud with Shaun Deeb has run deep. The chance to triumph over Deeb and capture the WSOP banner at the expense of his bitter rival was clearly too much to resist.

Negreanu was on the fence for attending the WSOPE for a variety of reasons, two of them possibly being the fact that he’s recently left PokerStars’ Team Pro stable after many years of being the main face of their brand as well as his recent marriage to Amanda Leatherman leading to him admitting on one of his famous video blogs that he’s more likely to start a family than live on the road as a poker player for any serious length of time.

Negreanu still clearly has some issues with the WSOPE schedule despite his upcoming participation. He’s opened by explaining that he thinks the schedule is too heavily leaned towards rebuys, with nothing even “close to a freezeout” in the entire schedule.

One of the real positives to come out of this announcement is that Negreanu will be offering pieces free of mark-up to those who faced shut-out problems in attempting to buy pieces for the WSOP based in Las Vegas this last summer.

Fans could easily have not forgiven him for whatever caused the summer shut-out, but with Negreanu reaching out to those who missed the boat first time around as an opening offer, many will be on his side, especially with the return of his hugely popular video blogs.

Want to invest? Stay tuned for details, but make sure that you have deep pockets. An investment in all 15 events taking place between October 13th and November 4th would set you back a whopping €449,600 ($496,000), although as Negreanu himself outlines, rebuys in the higher buy-ins would increase that to a massive €1,211,700 ($1.34 million). Still, at least you know that he’s good for it.