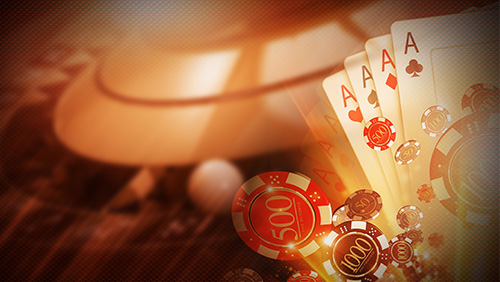 PokerStars has announced a second PokerStars Poker Players’ Championship with Barcelona the newest site for the €22,500 buy-in No-Limit Hold’em event.

Egyptians built the great pyramids in Giza between 2550-2490 B.C. How they made them remains a mystery. On the one hand, you can think that machineless people created them in an incredible feat of human ingenuity. Or, you can believe that extra-terrestrial beings turned up with a pyramid making machine, and voila!

In some ways, the great pyramid puzzle reminds me of the 2019 PokerStars Poker Players’ Championships (PSPC). The idea to create a $25,000 buy-in tournament, where more than 300 people would win a free seat seemed as laughable as building a pyramid.

Then something extra-terrestrial happened.

1,039-entrants created a $26m+ prizepool, and Ramon Colillas beat the lot to win the $5.1m first prize, and later would become a PokerStars Ambassador.

PokerStars had created a magical moment in poker history, and they’re about to give it another shot.

The announcement came during the European Poker Tour (EPT) in Barcelona, which incidentally will be the venue for the next iteration of the PSPC.

Taking place between Aug 20-24, the Casino Barcelona will host the €22,500 buy-in PSPC. Once again, the quorum that makes these incredible decisions in PokerStars Towers will hand out a glut of Platinum Passes.

And the first five winners can start thinking of exchanging their allotment for a house with a proper garden.

Amid EPT Barcelona’s hysteria are five people in town courtesy of winning the “Chase Your Dream’ online promotion.

As the quintent prepared to face Chris Moneymaker, Lex Veldhuis, Fatima Moreira de Melo and Patrik Antonius, PokerStars announced that all five would receive a Platinum Pass for the 2020 Barcelona event.

Adrian Garcia is a 23-year-old chemical engineering student and part-time DJ from Spain. Clement Eloy is a 36-year-old product designer from France. Danielle Summer is a 36-year-old carer originally from the U.K., but now living in Spain. Christoph Walkenhorst is a 35-year-old social worker from Germany. Daryl Inglis is a 43-year-old military veteran from Canada.

By the time you’ve read this, PokerStars would have randomly awarded a further ten Platinum Passes in a Stars Reward Mystery Chest promotion.