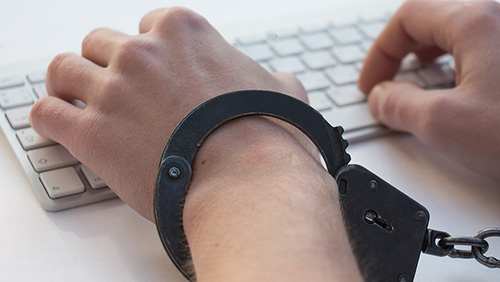 In a scandal dating back several years and which found several U.S. states and their lotteries entangled in a case of fraud, the true story is still unfolding. The “Hot Lotto scam,” as it has been called, has led to several lawsuits, including one that is still in process against the Iowa Lottery and the Multi-State Lottery Association (MUSL). The entire saga has been the subject of several books and a number of editorial pieces, and one of those that wrote a non-fiction account of it all is now going to have to go to court.

Perry Beeman helped write The $80 Billion Gamble with the former CEO of the Iowa Lottery, Terry Rich. The book centers on the fraud’s mastermind, Eddie Tipton, and how he managed to go from being a security guard to pulling off the scam. Beeman has been subpoenaed to turn over transcripts of interviews he conducted with Rich during the book’s development, but whether he complies or not is a different story.

That subpoena is part of a $16.5-million lawsuit Larry Dawson launched against the lottery entities. He had won $9 million a week after Tipton rigged the lottery’s numbers in December 2010 that led to his attempting to collect $16.5 million, but which only led to his scam being uncovered.

Dawson, who reportedly goes by the moniker “Lucky,” asserts in his suit that, if it hadn’t been for Tipton’s interference, the lottery would have rolled over from one week to the next, and the $16.5 million that he had tried to collect, but which went to the states instead, would have been his.

The Crawford Law Firm is representing Lucky and is the same firm that has already successfully gone after lotteries in the U.S. for the damage Tipton had caused due to his actions. In one recent case, it won a settlement of $4.3 million in a class-action suit and, with its extensive knowledge on the Tipton case, will be in a good spot to argue for Lucky.

Beeman isn’t yet sure if he wants to comply with the subpoena. According to Iowa’s Supreme Court, reporters are not required to reveal their sources or notes, except in special situations. This case may not merit that type of attention.