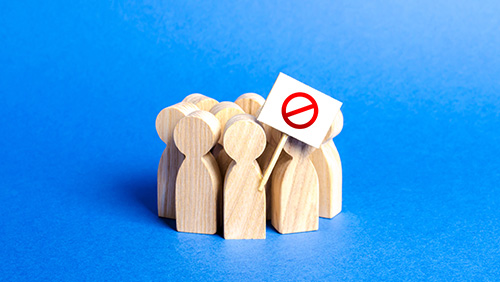 The Fertitta brothers – or at least one of them – and their Red Rock Resorts, Inc. enterprise have become the subject of a federal ethics probe.  According to Roll Call, the Foundation for Accountability and Civic Trust (FACT), a watchdog group that aims to keep Capitol Hill

lawmakers in check, has launched a complaint with the U.S. Office of Congressional Ethics (OCE) against lawmakers and Frank Fertitta III.  The watchdog asserts that there have potentially been some deals being worked under the table that violate government ethics rules.

Laying the groundwork, the issue partly stems from Red Rock’s refusal to recognize unionization efforts by employees at the Palms Casino Hotel, the Green Valley Ranch Casino Hotel and other venues owned by the company. A second piece of the puzzle involves a letter that Fertitta had signed last December in support of a lobbying effort to have federal lawmakers revise certain tax stipulations in the 2017 Tax Cuts and Jobs Act (TJCA).

As Red Rock has refused to acknowledge the unions, a coalition of lawmakers – 15, to be exact – has gotten together to try and show the company the error of its ways. They signed a couple of letters to Red Rock and Fertitta in which they asserted, “Each of us has spoken out loudly and frequently about significant problems with the TJCA, and we believe that all the parties adversely affected by the bill deserve a chance to make their voices heard. We also believe that employees at your facilities deserve a chance to make their voices heard.”

Given that the TJCA and the unionization efforts are unrelated topics, FACT believes that the lawmakers are directly asserting that the tax law changes hinge on Fertitta’s willingness to respond affirmatively to the employee’s unionization efforts. Kendra Arnold, the group’s executive director, explains, “The Members did not need to explicitly state their support of the legislation hinged on Fertitta’s action—the implication was obvious and clearly had an improper purpose… The House Ethics rules prohibit this type of implied blackmail or quid pro quo—the Members specified the exact type of action they sought from a citizen and referenced pending legislation the Members could vote for that would benefit the citizen. The connection and implied threat alone were sufficient to breach the ethics rules—it does not matter whether the Members followed through with their threat.”

The lawmakers involved have responded to the accusation, stating almost in unison that there has been no wrongdoing. The OCE will investigate the issue and, if it finds anything disturbing, will make a recommendation to the House Ethics Committee that it launch a formal investigation.

This most likely won’t happen, though. In addition to the loose connection in the FACT’s conclusion, there isn’t much that would prove some type of quid pro quo had taken place or was suggested. Craig Holman, an ethics expert and representative of another government watchdog, Public Citizen, explains, “This is a frivolous complaint … and should be dismissed by OCE as such. There is no threat by the lawmakers to vote for or against” the TJCA revisions.