Home / Business / The Mouthpiece: Blame is the name of the game 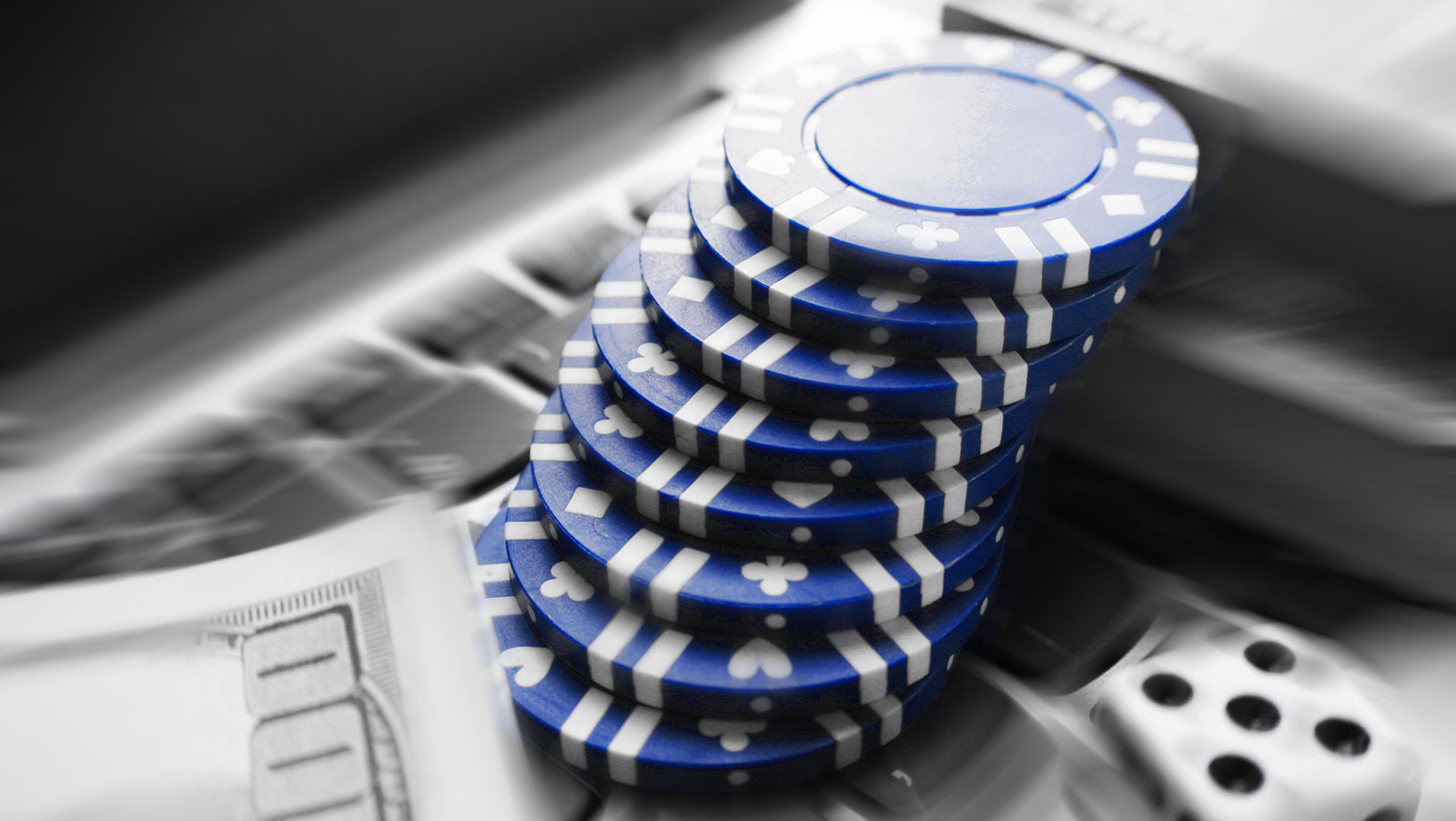 “ There is always a well-known solution to every human problem – neat, plausible, and wrong,”

Despite all the talk about political division in this country, there seems to be one core belief held by the assorted politicians, con men, kooks and clowns who have proclaimed themselves leaders of the society, whatever party they belong to. Going back to the earliest days of the Republic, all too many of our “public servants” have held fast to the belief that American voters are incurably stupid and gullible, sure to make disastrous choices if left to themselves. And who, therefore, must be protected, from well, everything.

Note that the emphasis is on things. If only the bad things were kept out of people’s reach, we are told, people would not commit bad acts with them and so there will be no bad acts anymore. Put

an end to alcoholism? Outlaw all the booze (and look how well that worked out.)

Today we are looking at another exercise in thing-ism: the idea that if we will only ban “violent” video games from the nation’s computer networks, Americans, especially geeky loner white boys, will lose their taste for shooting up schools, nightclubs and shopping malls. (We will leave the argument about locking up all the guns for another time.) This is a controversy that Internet and interactive gaming must understand, for many of the actions lawmakers now propose could damage or even dry up the industry.

The power of games

This much is true: games can be powerful teaching tools. Tell me and I’ll forget, goes the Chinese proverb; show me and I might remember. But involve me, and I’ll understand. And games make the player feel involved. Because video games are essentially pictures.

And one picture, as the Chinese also said, is worth a thousand words. A slight touch of artwork here, a trick of shading there, and game designers can influence people’s attitudes and convictions with the depth and strength that no mere string of words could hope to equal. Take, for just one example, the creatures known as orcs in video game fantasy battle worlds. They are usually depicted as having green skin, fangs, and a brutish, muscular build. The artwork alone tells you these are bad guys.The social and political uses of such naked appeals to emotion also make for dynamite propaganda.

But while gaming is powerful, it is not all-powerful. Exposure is not dispositive. Just because someone has played a few games of Madden NFL on his Xbox doesn’t mean he’s programmed for a football career from then on. If gaming were as compellingly influential as the critics make out, then we should have a lot more Donald Trumps in our society, because just about everybody has played Monopoly at one time or another.

Therefore, the recent suggestion from the White House that mass shootings can be deterred by locking up violent games is a threat not merely to violent or military based games, but to every type of gaming scenario there is.

Would banning Grand Theft Auto cut down on the number of gangsters and drive-bys? (Never mind that kids have been playing cops and robbers, with only their pointed fingers for weapons, for centuries.) Then it follows that banning gambling and wagering online would mean no more problem or pathological gambling.(Never mind that gambling literally goes back to the Stone Age). Like the man said, neat, plausible, and wrong.

Nevertheless, such an approach is irresistible to a certain mindset. There are people who simply cannot be taught to leave the guy next door alone, and government is their Happy Hunting Ground.

Is it such a good idea to forbid people from using, having, or even looking at The Wrong Things? Well, no, actually. All too often, wrongness is in the eye of the beholder. What is a Wrong Thing? Who gets to say so, and why? Where are the limits? In order to ban a game for being too violent, and exercising an evil influence on its customers, we will need some sort of standard. Is the limit defined as, let’s say, three or four violent acts per hour of gaming time? Two? Five?

Is it gun violence that the high priests of censorship are worried about? What about swords, bows, axes? Every question that you can answer only serves to bring up two more questions: how long are the swords supposed to be? How big the axes? We find ourselves talking in circles. 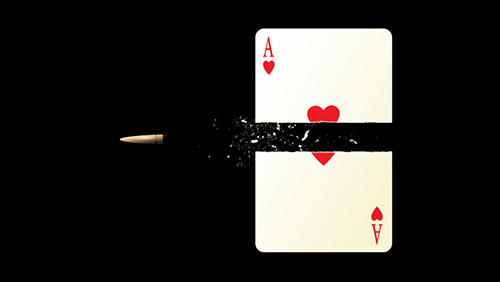 The reason we find ourselves chasing our own tails is the lack of an agreed-upon system of measurement. English translation: without neutral objective, and reliable measurement, there is no firm place to stand. Which means that the decisions on whether a given game, program or app is “too violent,” too sexy,” or whatever, boils down to the prejudices and peeves of the particular individuals wielding that power —”I’ll know it when I see it.”

And this is a violation of the Fifth Amendment to the Constitution. For not only does the Fifth protect individuals from incriminating themselves, it also forces government to exercise its powers of arrest and prosecution within defined limits. What exactly does the law owe in advance to potential offenders? Simply put, if the authorities wish to forbid a certain action, the thou-shalt-not must be stated in such terms that an ordinary reasonable person can understand what must not be done. Also, as applicable, where, when, how, and with whom it must not be done. In this
way, everyone has a fair and open chance to avoid offense.1 As Justice Butler put it long ago: “No one may be required at peril of life, liberty, or property to speculate as to the meaning of penal statutes.”2

But the lack of objective standards is phenomenon we have seen before.

American gambling law is riddled with it. There is no objective, neutral, reliable measure of the all important element of chance. Likewise the doctrine that a particular game, in order to be classed as gambling, must predominantly or substantially depend on chance. If there is no objective measure of chance (and there ain’t), then how can the courts and legislators determine that? What we have here are conclusions masquerading as elements of analysis — in short, a rhetorical lawyer’s trick.

But lastly, and perhaps most important, the people who are out to outlaw “violent games” or “gambling games,” or whatever, are mistaking cause and effect. The programs and apps complained of did not exist until the 1990s. In other words, they were written, not to cause violence or addictive gaming. They were written because violence, addictive gaming, and all the other taboos had their place in this society long before the first motherboard was ever soldered together. They were catering, in fact, to a known popular demand.

To eliminate problems like this and prevent the damage they bring with them will be a demanding, time-consuming, and altogether tricky business. Balancing liberty and safety always is. But odds are that we will continue to see, from our legislators and law enforcement, the same old song and dance. Chasing scarecrows and bogeymen is much easier, and much more fun..

1  “That the terms of a penal statute creating a new offense must be sufficiently explicit to inform those who are subject to it , what conduct on their part will render them liable to its penalties is a well-recognized requirement, consonant alike with ordinary notions of fair play and the settled rules of law; and a statute which either forbids or requires the doing of an act in terms so vague that men of common intelligence must necessarily guess at its meaning and differ as to its application violates the first essential of due process of law. Connally v. General Constr. Co., 269 U.S. 385, 391 (1926.)