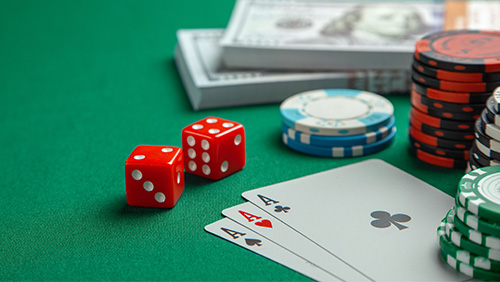 GGPoker is pulling out all the stops with a $50m Guaranteed Good Game Series 3 schedule to run in parallel with PokerStars’ World Championship of Online Poker.

Imagine you’re the wind. Not a big wind, but a little wind that lives in say, Walsall. After reading some self-help books, you decide to set a goal – not a common goal, but a stretch goal.

A stretch goal has to challenge the pants off you, while at the same time being attainable. If you’re the Walsall wind, you might choose to become a gale. What you wouldn’t do is try to become a hurricane. That would be crazy capriciousness of the highest order.

In 2013, as Lance Armstrong prepared to bare his soul to Oprah Winfrey, and India sent their first Orbiter to Mars, the GGPoker Network launched in Asia.

Six years later, and it’s the largest online poker network in the world, and ranked #3 in terms of online poker traffic according to the data crunchers at Poker Scout.

At the back end of 2018, after drinking thousands of players into its current, the GGPoker Network decided to host their first online festival. The Good Game Series (GGS) launched with 129-events and $3.5m in guaranteed prize money. Hong Kong’s “Peleus34” topped a field of 588-entrants to win the $500 buy-in, $250k GTD GGS Championship for $48,711. Bryn Kenney finished runner-up to Mexico’s “NOMAMES” in the $25k, $500k GTD Super High Roller.

The series was an unmitigated success with 26,975-entrants creating a prize pool of $4,571,196, and the team was so excited it held it’s second series five-months later.

Yup, someone has fired a rocket into the brain of GGPoker, and the warhead is ricocheting around the nerve endings, causing all sorts of madness.

GGS 3, runs Sep 8-29 (in parallel with PokerStars World Championship of Online Poker {WCOOP}), and there will be 478-events and $50m in guaranteed prize money.

Shut those doors, close those windows, and batten down the hatches.

A hurricane is coming.