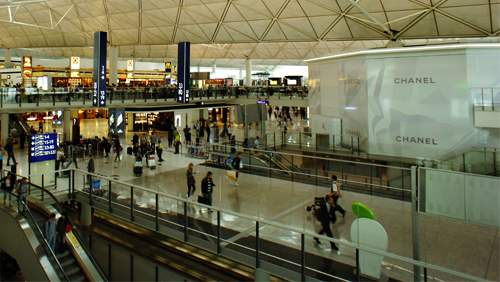 The Macau focused brokerage firms don’t think the Hong Kong protests, which closed the latter city’s airport on August 12 and 13, caused much of an impact on gross gaming revenue (GGR). GGRAsia reports both Nomura and JP Morgan Securities feel Macau skated by without much impact from the airport closure.

In fact, Nomura believes the industry might have seen a week on week improvement despite the protests. “We estimate daily GGR last week was around MOP871million ($107.8 million) (MOP822 million per day month-to-date), up approximately 7 percent sequentially from our estimate for the prior week (MOP814million/day),” said Instinet LLC, a Nomura’s research arm.

That left them to conclude that for atleast a two day closure, the impacts had no effect. “Protests in Hong Kong and the temporary closing of the airport had no effect on the weekly GGR number, it seems,” their analysts said.

JP Morgan analysts agreed with this, remarking that GGR “rebounded nicely” in week where protests shut down the airport. “This is despite ongoing social unrest in Hong Kong, hence supporting our view that it’s probably more bark than bite when it comes to actual GGR impact,” they added.

Despite this positive news, both brokerage firms feel Macau will still see between a 5%-6% decline in GGR year over year. The only way they see that picture changing is if VIP volume and hold improves, something nobody has in the long term forecast.

While it seems airport protests are over for the time being, there is still a chance that long term protests in Hong Kong could continue to pull down the Macau casino economy. Analysts have previously suggested that Macau could be seeing a reduction in high value tourists coming from Hong Kong, as ferry terminals have been directly impacted by nearby protests.

It’s also quite possible that the impacts to Macau’s gaming sector might only be seen over the long term. Not being able to fly in or out of Hong Kong for a couple of days could make a great excuse to go visit the casinos while the problem is happening, but tourists could avoid the region entirely if the protests stretch on longer, and create even the potential of impacting their travel plans.