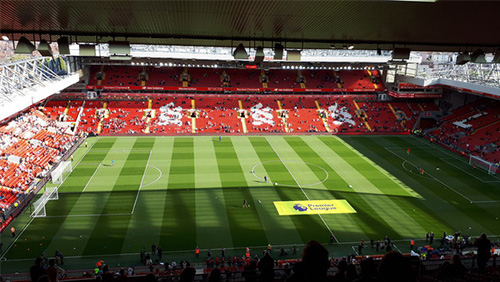 Liverpool wins the UEFA Super Cup after beating Chelsea on penalties in front of a packed house at the Vodafone Park in Istanbul.

Liverpool won the UEFA Super Cup for the fourth time in their illustrious history, after beating Chelsea on penalties.

It’s Jürgen Klopp’s second trophy in the Liverpool hot seat. Liverpool qualified for the Super Cup Final after beating Spurs in the UEFA Champions League earlier in the year, and the hero was an unfamiliar face to Liverpool fans.

A fortnight ago, Adrian was clubless after being released by West Ham in the summer. After Klopp allowed Simon Mignolet to sign for Club Brugges, he invited Adrian to act as Alisson’s backup.

The Brazilian shot-stopper injured a calf muscle in Liverpool’s 4-1 win over Norwich, and Adrian was asked to step into the fold much sooner than he would have anticipated.

It was Adrian’s penalty save from Tabby Abrahams that won Liverpool the cup.

It was a night of firsts for UEFA.

It was the first time that Virtual Replay Assistants (VAR) had shown up in a Super Cup final. Referee Stéphanie Frappart became the first female referee to officiate in a UEFA men’s final.

Chelsea was the better side throughout large parts of the match with Pedro, in particular, a right royal thorn in Liverpool’s side. Despite Chelsea’s early swagger, it was Liverpool who has the earliest chance. Mohamed Salah brought out a fantastic one-handed save from Kepa Arrizabalaga, after being put through by Alex Oxlade-Chamberlain.

Pedro should have opened the scoring when he smashed a left-foot shot against the bar from close range in the 22nd-minute. Olivier Giroud made no such mistake when put through by Christian Pulisic, and the Frenchman slotted the ball home to send the Chelsea players in for a cup of Bovril with the lead.

Liverpool equalised three minutes after the restart. Sadio Mané put the ball in the back of the net from close range, and with neither side able to break the deadlock the game went into extra time.

The boys from Merseyside struck first when Mané scored his second of the game after a neat one-two with Roberto Firmino. Then Adrian brought down Tammy Abraham to allow Jorginho to score from the spot with time ebbing away.

The game finished 2-2, and as the big hand moved past midnight, the two teams lined up for a penalty shoot-out.

Firmino opened the scoring for Liverpool, Jorginho equalised with his second conversion of the game, before Fabinho buried his shot into the left-hand corner. Ross Barkley equalised, Divock Origi was fortunate to see his weak effort squirm through Kepa’s mitts, and Mason Mount equalised for the Blues. Trent Alexander-Arnold made it 4-3 to Liverpool, Emerson equalised, and then Salah stepped up to send Kepa the wrong was to give Liverpool the lead again. Then as the clock struck 1 am, Tammy Abraham sent his shot into the guts of the goal, and Adrian’s trailing leg managed to stop the ball from crossing the line.

It would be Liverpool’s title, not Chelsea. Although, I am sure both managers would have rather done without such a testing match ahead of the weekend’s Premier League fixtures.