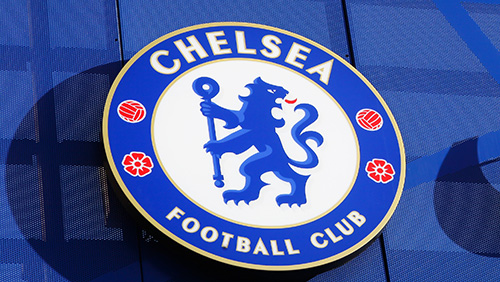 A lookahead at the opening weekend of the English Premier League with Liverpool and Spurs entertaining Norwich and Aston Villa, and new boys Chelsea facing a formidable challenge at Old Trafford.

Pandora’s Box has the words ‘English Premier League (EPL) tattooed on the side, and on Friday night, Liverpool and Norwich City are going to open the lid.

Had it not been for John Stone’s acrobatic clearance in Manchester City’s 2-1 win at The Etihad last season, Liverpool would have gone through the entire 38-game EPL stretch without losing a single match.

Let that fact settle in between the fissures of your brain for a minute.

On Friday night, Liverpool host Norwich at Anfield, and you won’t find a single vulture with a taste for Scouse meat anywhere near Merseyside hence the 1/9 odds for a Liverpool win.

Jürgen Klopp is still to make a significant signing, but the squad that won the Champions League will surely be too strong for Norwich on opening night.

Norwich has also failed to add any sparkle to the squad that romped home in the Championship last term. They will rely heavily on last year’s Golden Boot winner, Teemu Pukki, but Opta stats show that the Canaries scored 20-more goals than chances would suggest, meaning they were punching above their weight.

It’s the third time that Norwich has won promotion to the EPL. On two of those occasions they have made a quick return, most recently in 2015/16, and the bookies think this coming season will be no different making them the 10/11 second-favourite for a return trip to the Championship.

Aston Villa will be keen not to follow in the bloodied footprints of Fulham, who the last term, spent £120m on new signings only to return to the Championship after one season in the top-flight.

The West Midlands club has spent £100m on 11-signings to produce a sense of excitement to add to the trepidation felt by Villa fans, but only two of them (Tyrone Mings and Matt Targett) have previous EPL experience.

Villa returned to the EPL after three seasons in the wilderness; beating Derby County 2-1 in the Championship Play-Off Final at Wembley culminating in a 10-game winning streak.

Tammy Abraham was mostly responsible for Villa’s return to the EPL, scoring 26-goals, and he will be missed, as he returns to Chelsea after his successful loan spell.

Mauricio Pochettino’s side qualified for the Champions League (finishing fourth), but their form worryingly collapsed in the run-in. Things could have been very different had Arsenal and Manchester United not imploded in an equally nightmarish way.

Villa has spent more money in the transfer market than Daniel Levy has splashed out in the past two seasons. Fans and media alike are still in the dark over White Hart Lane’s comings and goings with the fate of Christian Eriksen still up in the air, and the potential signings of Paula Dybala and Brun Fernandes still not locked up.

Irrespective of what happens to Eriksen, and whether Spurs will add to their squad, Pochettino’s men will still have too much oomph for Villa hence the 1/4 odds for a Spurs win.

Chelsea at home is never a fun tie for Manchester United, and this year’s Old Trafford curtain raiser will be no different.

Ole Gunnar Solskjaer has his work cut out after high profile players Paul Pogba and Romelu Lukaku both expressed a public determination to leave the club during the summer. They only stayed because nobody could raise the funds to buy them.

If the Norwegian can get them both focused on the task in hand, then United could press for Champions League football. With Marcus Rashford still not showing the minerals needed to be a lethal frontman, Lukaku will have to put the ball into the back of the net. Pogba in the mood is the only world-class player at Old Trafford.

Solskjaer has fixed his full-back problems bringing in Daniel James and Aaron Wan-Bissaka sparing United fans another season of Ashley Young’s agoraphobia preventing him from leaving the United half. Harry Maguire’s arrival in a world-record fee for a defender (£80m) is also critical as Solskjaer continues to right a ship that conceded 54-goals last term.

Let’s not forget that United was fourth, level with Spurs with seven games to go, only for them to capitulate, failing to pick up a single win in their final five matches.

Chelsea arrives at Old Trafford with a new gaffer at the helm with Frank Lampard replacing Maurizio Sarri. Lampard’s appointment (he has one year of managerial experience), is a sign that Chelsea is building for the future. With Eden Hazard at the Bernabeu, and FIFA preventing the blues from entering the transfer market for another window at least, it’s going to be a challenging year for Chelsea. It doesn’t get any more challenging that opening night at the Theatre of Dreams.

Is the Premier League on course for another sportsbetting surprise season?
Paul Seaton
9 November 2020
.