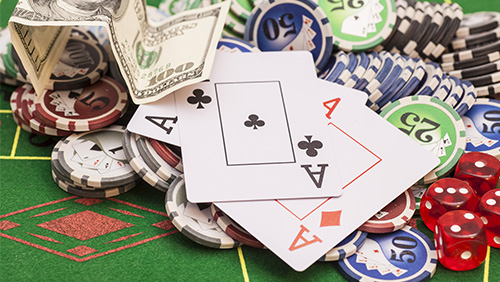 In 2012, the 34-year-old, conquered a field of 157-entrants to win the $416,015 first prize in the WSOPC National Championships. Seven-years on rebranded as the Global Casino Championships, Eriquezzo has done it again.

The WSOPC Global Casino Championships is the picnic at the end of the long hike throughout the United States of America and beyond, and it’s not easy to get a seat. Win a WSOPC Main Event or be named Casino Champion and you’re in. Finish in the Top 50 of the WSOPC Leaderboard, and you also get a free pew. Finally, the top 100 players from the WSOP Player of the Year Leaderboard can buy-in directly for $10,000.

Eriquezzo booked his seat after winning the 357-entrant field in the $1,700 No-Limit Hold’em Main Event at the WSOPC Series in Harrah’s Atlantic City. Coincidentally, it’s the same tournament he won to gain a seat in 2012’s final.

The Connecticut native aground voided ground to air missiles from some of the best in the business once the final table came into view.

Eric Salazar came into this event on a high after winning a 224-entrant $600 No-Limit Hold’em event in Vegas in July before wading through 813-entrants in the opening game in this series ($400 No-Limit Hold’em).

Rounded out the heroes was Maurice Hawkins. The 13-time WSOPC gold ring winner is an end game ghost, with few seeing his moves before hitting the rail hard.

All of them fell by the wayside until only two were left.

Both players held the chip lead until the heat of Eriquezzo sunburned the cheeks of Salazar for the last time. Speaking to the WSOP after his win, Eriquezzo said that at times he felt like he was playing in ‘hostile territory.’ In 2012, Eriquezzo won his first bracelet in front of a partisan rail in Las Vegas.