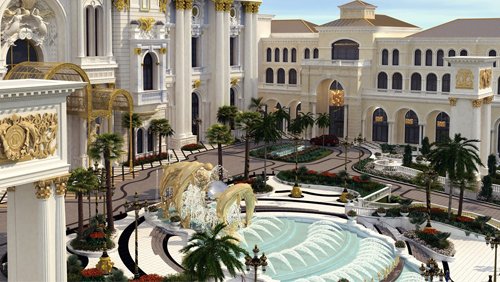 A recent decision by The Northern Marianas (CNMI) Lottery Commission has people quite irate, and shouting about corruption at their politicians. An August 12 vote passed Amendment No. 8, which grants Imperial Pacific International (IPI) the permission to receive credit for new partner-investor guest rooms, as well as the ability to reduce their shareholdings down to 10 percent of the company, reports Marianas Variety.

There are some conditions on the new allowance. Finance Secretary David Atalig made it clear that any new rooms would have to be built on property already owned by IPI. They also demanded that IPI fulfil its agreements with CNMI before making any new requests in the future.

Department of Public Safety Commissioner Roberto Guerrero pointed out that IPI might be taking advantage of the small country though. Ammendment No. 6 called on the operator to provide $500,000 worth of medical equipment to the Commonwealth Healthcare Corp; a requirement IPI “fulfilled” by borrowing from the Community Benefit Fund, a $20 million donation they made to the islands.

Problem is, that should have been an entirely new donation, and not a portion of a previous one.

As a result, people are pissed. The Lottery Commission, by voting to give IPI even more freedom in how the build up their property, is being seen as conceding all the power to the operator. “Might as well hand over the government to IPI,” wrote one commenter. Another added:

“The Casino License was promising great things and revenue for the people of the CNMI when Torres and his GOP cronies passed it years ago. Now we get NADDA. Half-finished casino. No resort. No hotel. No community chest funds. No taxes. NOTHING. ANd it isnt even IPI any more. It’s some other business and IPI only holds 10%.”

“On the same exact day that the Lottery Commission granted IPI their 8th amendment to the casino license agreement, Imperial Pacific International failed to pay the $15 million they owe the CNMI government for their monopoly license.

The question is, will their license be revoked, as it should be?”

This isn’t a good look, either for IPI or the lottery commission. However, rather than having a feeling that something will be done, there’s a feeling of defeat. Propst notes that he’s been outvoted on these matters, and so long as friends of IPI are in power, they’ll keep getting every good break from the Lottery Commission.