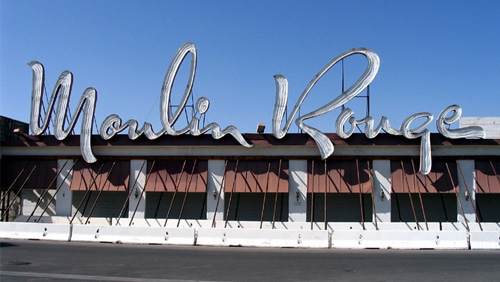 The iconic Moulin Rouge casino in Las Vegas, the city’s first gambling house to allow people of all ethnic persuasions, has sat empty and collecting dust for decades. The only activity seen at the venue has been in its parking lot, which hosts a mobile gaming facility every two years. That activity enables the property to retain its permanent gaming license. Plans to revive the casino have surfaced, with several suitors showing interest in bringing the property back to life. One of these plans could be closer than the rest and could be realized to the tune of $1.6 billion.

Las Vegas Moulin Rouge LLC (LVMR) wants to purchase the property and make it part of the Vegas landscape once again. In order to do so, though, it has to first spend $9.5 million to acquire the site, which will require the entire amount to be deposited into an escrow account by tomorrow. The company will then have to prove that it can cover the costs of its announced project.

That project, according to LVMR, will be carried out in three phases. The first two would cost approximately $800 million between the pair and the third by itself would carry an $800-million price tag.

Phase One includes a 25,000-square-foot casino, a hotel with 400 keys, a restaurant, an entertainment center and other amenities. It would also include a historical museum spanning 5,000 square feet to showcase the venue’s past.

Phase Two would take the gaming floor and make it even bigger. It would also see the construction of more retail and dining outlets, as well as additional entertainment options and another hotel tower with 1,000 keys. 50,000 square feet would be added to the convention center that is expected to be built during Phase One construction.

The renovation project would culminate with the addition of a new mixed-use residential space in Phase Three. That would include more retail space, business offices and a 12,000-seat arena. In order to complete the last phase, surrounding properties would have to be acquired, which means that there is no guarantee that the project will be as large as expected.