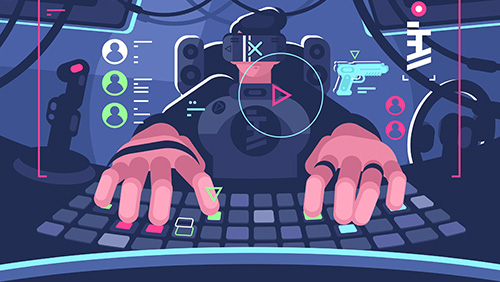 Three stories from the world of video gaming and esports including a world-record Dota 2: The International prize pool, eight new games for fans of Luckbox, and Rockstar build a casino for Grand Theft Auto V.

My nephew is a vampire; more of an ice creamer sucker than a bloodsucker. You’ll find bottles of Iron Bru all over his room, but none of them contains Iron Bru.

He’s an esports junkie who’s not getting enough serotonin because he lux-deprived.

His parents think he’s got a problem.

Wouldn’t it be ironic if, in the next five years, he joins a top esports organisation, and wins the Valve Corporation’s International?

The International 2019 doesn’t take place until August 20, when 18,000 vampires will squeeze into the Mercedes-Benz Arena in Shanghai. The Valve Corporation acts as the sheepdog, and already the prize pool is a record-breaker.

It’s going to continue to grow like a nose on the face of a little wooden boy called Pinocchio.

It’s a big fat kick in the teeth for Fortnite’s developer, Epic Games, who guaranteed a $30m prize pool for the Fortnite World Cup at the end of the month hoping to be the new record-holder.

If you want to place a bet on The International, then why not try Luckbox. The esports betting service is nearing the end of its beta phase and offers real money wagering to more than 100 countries.

Dota 2, Counter-Strike: Global Offensive (CS:GO), and League of Legends (LOL) have been the go-to games for Luckbox customer’s, but that’s about to change with the addition of eight more titles.

Luckbox’s director of esports, Sujoy Roy, said their mission is to have the most ‘comprehensive betting options for fans both in terms of depth in each game but also breadth across a wide selection of esports’.

If you like a flutter and have a copy of Grand Theft Auto V (GTA V), then you’ll be delighted to know that on July 23, developers, Rockstar, opened the Diamond Casino and Resort.

The idea circumvents most gambling laws because you can’t turn the virtual currency back into fiat currency. Also, in jurisdictions where nanny states have banned online gambling, the software won’t allow you to play.

The casino currently offers a two-tiered membership system. You need an in-game membership to play at a basic level, but for a few pennies more you can purchase a GTA Online Casino VIP pass.

GTA V launched in Sep 2013 and earned $800 million in sales on the first day, rising to $1 billion after only three days.

The game is rated 18+, although most teenage vampires have got a copy, thanks to Santa. You can’t blame Saint Nick — where he lives he rarely gets above 20 lux a day.