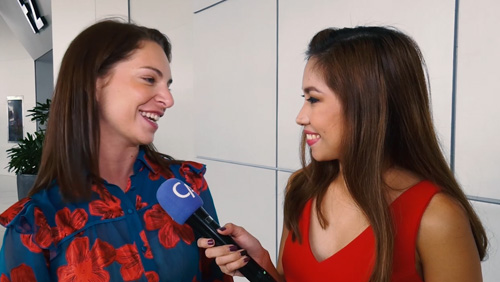 One of the biggest requests from Filipino casino operators has been to have games aimed at local culture. Not only is Ganapati Europe about to deliver just that, but as CEO Juliet Adelstein told CalvinAyre.com’s Stephanie Tower, they’re doing it in support of a good cause.

Adelstein was excited to tell Tower about their exciting new game and wasted no time to introduce it. “We’re very excited as Ganapati to be here today in Manila to announce that we have made a deal with the one and only Manny Pacquiao,” she said. “We’re going to be making a slot game with his imagery, and it’s going to be an official game that we’re going to be releasing across Asia and Europe. So it’s a really big step for Ganapati, it’s taking us to the next level, and it’s just really important for us to be associated with the greatest sportsman that Asia’s ever seen, as we sort of bridge the gap between Europe and Asia in the online casino world.”

The agreement with Philippine Senator Manny Pacquiao is to not only feature him in the game, but to also divert some of the revenue that will come from the agreement to help fund local charities and causes. “This has been a very important part of the deal for both us and the senator,” she said. “The idea here is that through a game based on the idea of fighting, we can help the children of the Philippines continue to fight their own battles, and support and continue to help the growth of all the youth in the country here.”

Adelstein thinks the Filipino themed game will not only be successful in Asia, but also help introduce an exciting new variety of game play to the European market. “Obviously, this has sort of, as you said, taken us to the next level and allowing us to bridge the gap between Europe and Asia,” she replied to Tower. “So this is really a big factor for us to say, look, European operators can have this game and have things related to Asia on their platforms. And at the same time, Asian operators can have a European style, slightly influenced, yet Asian backed game on their platforms. And it’s definitely just bringing something new and something that hasn’t been seen before to the entire industry.”

Lovell Walker, founder of Onward, takes us behind the esports curtain
Video
26 August 2020